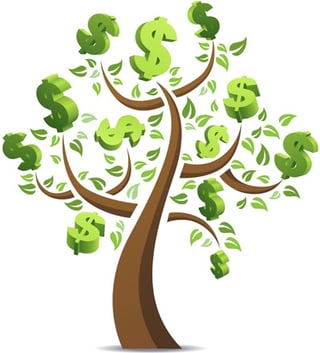 In survey after survey, employee benefit costs remain the top concern for HR professionals. Providing a competitive benefits package that is within an organization's budget sometimes seems like an impossible task. Affordable Care Act (ACA) requirements have added further strain, forcing employers to get creative, most especially when it comes to funding options.

For example, a self-funded benefits strategy used to be reserved for only the largest corporations, yet the Kaiser Family Foundation has tracked dramatic growth in this funding mechanism in companies with 200 or more employees over the past 15 years (from 67% in 2000 to 83% in 2015).

What other funding options for employee benefits are working for U.S. companies? Here are two of the most common strategies being used today, along with a plan design which is exploding in popularity.

These are often thought of as "traditional plans" which used to be very prevalent with employers of all shapes and sizes. They include Preferred Provider Option Plans (PPO), Point of Service Plans (POS), and Health Maintenance Organizations (HMO). Simply put, fully-insured health plans work as follows; employers pay an agreed upon annual premium to a carrier, coupled with employee premium contributions per paycheck. In return, the insurance carrier pays all covered benefits.

One of the most significant advantages to fully-insured plans, in additional to ease of administration, is risk reduction: the risk of claims out-sizing premium collection is removed entirely from the employer. No matter how many eligible claims are made, regardless of scope and size, premiums remain the same for the one-year negotiated period.

The downside to fully-insured plans is that companies may pay more in premiums than they really have to. This often occurs with employers who have young, healthy workforces, but it also happens quite often with companies who know how to effectively manage claims and those who foster positive wellness and preventative care programs.  Furthermore, fully-insured plans only reduce in-year risk. Carriers who get burned on claims will inevitably exact their proverbial pound of flesh the next year in the form of exponential increases in premium.  Lastly, access to carrier claims data is a real challenge for smaller companies on fully-insured plans. This lack of transparency impacts an employer's ability to more successfully manage workforce health and wellness.

Self-funded employee benefits have increased in popularity among smaller businesses. Similar to fully-insured plans, employers pay a defined premium for each employee, and employees contribute as well. However, instead of that money going to an insurance carrier, it is kept in a trust and used to pay claims. Unused funds go back to the company and drop to the bottom line.

Self-funding is attractive because it increases cash flow, avoids many taxes on premiums and state insurance mandates, and allows for greater coverage flexibility. Self-funding also provides an employer with a treasure trove of data and analytics, which thereby allows the plan to be managed far more successfully.

Self-funding is not without risk, though. Any company might have a year with a significant amount of claims. However, that risk can be mitigated with stop-loss or excess-loss insurance; plans that cap how much the employer may have to pay out and protect against catastrophic claims. There are several other ways to mitigate risk as well. Over the long haul, employers who have great financial discipline can almost always do better on a self-funded plan than a fully-insured plan.

Ninety-three percent of employers with over 5,000 employees use a self-funded model, while 83% of companies over 200 employees utilize this funding mechanism. However, as noted at the outset, smaller companies are signing up to take advantage of this strategy as well, though the percentage of self-funded companies with less than 200 employees has stayed relatively steady at around 15% over the past 15 years.

CDHPs aren't technically a funding mechanism but rather, are a type of plan design whereby premiums are substantially lower than traditional plans while deductibles are considerably higher. These plans are often used in conjunction with Health Savings Accounts (HSAs) or Health Reimbursement Accounts (HRAs) to put more spending control in an employee's hands. (The rationale is as follows - employees will be far more judicious and better educated consumers of healthcare if the savings they reap through research, cost comparisions, etc. impact their pocketbooks more directly.)

Employers like this structure because it means they are typically paying less for coverage.  Most educated employees like it better because they enjoy lower monthly premiums and lower total healthcare costs. That said, CDHPs aren't without their perceptual challenges. Many times, despite facts to the contrary, employees sometimes feel like CDHPs cost more, due primarily to the fact that health expenses aren't buried in per paycheck premium withdrawls but rather, are paid with hard dollars coming out of pocket.

Health care benefits are a critical recruitment and retention tool. However, companies must make decisions that are both fiscally smart for the organization and affordable for their employees. Let the JP Griffin Group help create a strategy that preserves your cash flow and gives you a competitive recruitment edge. Contact us to learn more.