The Effect of Chronic Conditions on Employer and Employee Healthcare Costs

It seems like the only thing we can talk about these days is the rising cost of healthcare. Whether it’s in the news or in the boardroom, healthcare costs are a major topic of conversation — and with good reason. Healthcare costs have been increasing for decades with no apparent end in sight. There are many differing opinions on how exactly to decrease costs and even more debate as to the cause behind them. What is the reasoning behind the drastic increases?

While that question may have many answers, one of the most impactful is the effect of chronic conditions, which require constant care from medical professionals. Chronic conditions range in severity and attention needed to manage them, which can dramatically affect the healthcare costs associated with them.

A recent study by the RAND Corporation, a nonprofit, nonpartisan research organization committed to making “the world safer and more secure, healthier and more prosperous,” looked into chronic conditions in the United States and their effect on healthcare costs. Their findings were both surprising and disheartening — but they do help explain at least one reason why overall costs are increasing so dramatically.

What Is a Chronic Condition?

A chronic condition is an illness that lasts for a prolonged period, but most definitions do not specify an exact period of time. For the purposes of the RAND study, they defined the term as a “physical or mental health condition that lasts more than one year and causes functional restrictions or requires ongoing monitoring or treatment.”

By this definition, we could assume that the term “chronic conditions” includes ailments such as heart disease, high blood pressure, asthma, anemia, diabetes, arthritis, cancer, and mood disorders, among many others.

What Causes (and Contributes to) Chronic Conditions?

According to the CDC (Centers for Disease Control), there are four major health risk factors that “cause much of the illness, suffering, and early death related to chronic diseases and conditions.” They are:

It may not come as a surprise that the CDC estimates about half of adults did not meet the cardiovascular recommendations in 2015. When accounting for the strength training portion, the statistics are even worse — about 79 percent of adults weren’t meeting these standards.

All of this is not to say that these four factors cause all chronic conditions, but that they exacerbate existing ones, which will increase healthcare costs. Some chronic conditions (like high cholesterol and blood pressure) are genetic and oftentimes need medication to help manage them, no matter how healthy the patient tries to be — even if they’re eating properly, exercising, not smoking, and staying within alcohol recommendations.

The Prevalence of Chronic Conditions 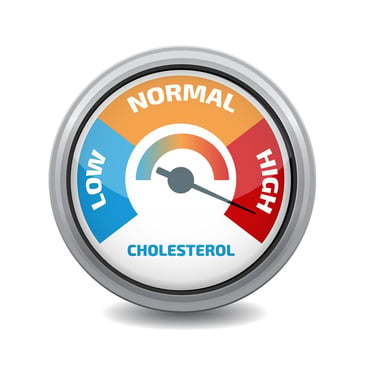 It should also be noted that there is a decent portion of society with undiagnosed chronic conditions, either due to ignorance (lack of medical check-ups) or lack of symptoms. In our experience, it’s not uncommon for a biometric screening to identify as much as 10-20% of a workforce population suffering from a chronic condition they were not aware of. (And unfortunately, there are also those who have been diagnosed but who are simply refusing care for their chronic condition, either because they hate taking the medication or they’re in denial about their diagnosis.)

How the Prevalence of Chronic Conditions Affects Healthcare Costs

The financial ramifications of chronic conditions are far-reaching. Not only will chronic conditions cost the patient more in prescription costs and out-of-pocket expenses, but they tend to drive overall healthcare premiums upward as well for both employer and employee 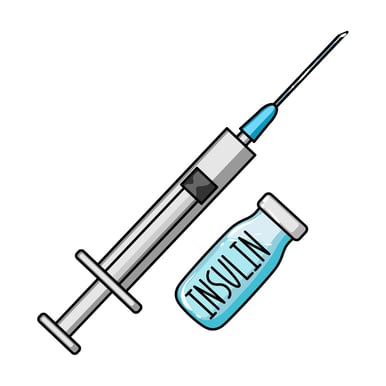 This behavior trends through inpatient stays, outpatient procedures, and emergency room visits. It’s also important to note that the increase in healthcare costs from one chronic condition to the next is by no means linear, but is instead exponential — and dramatic. People who have five or more chronic conditions spend fourteen times more on healthcare expenditures than people with zero chronic conditions.

Diagnosing a chronic condition isn’t always cheap or easy. It depends on the procedures to diagnose and how common the ailment. For example, high cholesterol can be diagnosed with a simple blood test (or series of them), whereas multiple sclerosis requires multiple rounds of blood tests, an MRI, and oftentimes, a spinal tap.

In addition, the longer chronic conditions go undiagnosed, the more expensive they may be to manage. More common (and simple) chronic conditions may require simple prescription drugs but diseases like cancer are far less expensive to treat (not to mention far more treatable) when caught at stage one versus stage four.

Remembering that group healthcare prices are determined in large part by the population’s previous claims, all of this equates to higher healthcare costs for the entire group — not just the individual.

Chronic conditions will not only lead to increases in overall healthcare costs, but they can also lead to lost productivity in the workplace. Conditions such as arthritis, cancer, and diabetes can cause employees to miss work — either because they’re in too much pain to work or because they’re seeking treatment that keeps them out of the office.

In the case of cancer treatments, it’s possible that an employee will miss an extended period of time (sometimes more than once). During this time, it may be necessary to hire a part-time (or even full-time) temporary staff member to fill in for the worker on leave.

It would be unrealistic to expect a temporary worker to be as well-versed in procedures or depth of knowledge as a permanent staff member would be, so even if an employer hires an excellent temp, it’s still likely that productivity will be lost.

Of course, all this is assuming the employee is able to recover from treatments. The CDC reports that seven of the top ten most common causes of death in 2014 were chronic conditions — two of which (heart disease and cancer) accounted for 46 percent of these deaths. The effort to recruit and train replacements can also cost an employer a considerable amount.

What Employers Can Do to Control Chronic Healthcare Costs

One of the most effective (and simplest) ways to control costs is to encourage employees to take advantage of each and every preventative care benefit offered, most of which are completely free. For starters, they should get an annual physical, which often times will catch these problems early on. Employers should also promote adherence to age appropriate screenings and immunizations. Here too these preventative care activities are often completely covered by most healthcare plans. 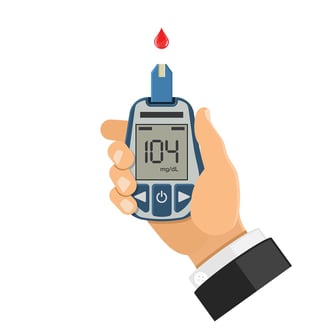 Employers should also consider introducing biometric testing as part of a comprehensive wellness plan. Biometric testing in-and-of itself isn’t a solution, but rather a means by which a HIPAA-compliant patient outreach program can be administered via their medical carrier to promote proper courses of treatment to anyone identified as at-risk or presently suffering from an ailment.

For employers with over 100 lives on their medical plan, we’d also recommend working with an employee benefits broker (such as the JP Griffin Group) who can overlay actual claims data onto population biometric data to isolate groups of individuals who are nonadherent with their medication protocols. (Improving medication adherence can keep small claims from growing into substantial expenses, not to mention saving actual lives.) As with biometrics, these data overlays are only effective if a HIPAA-compliant patient outreach program is administered to change behaviors.

There are many other ways an employer working with a talented employee benefits advisor can help manage the healthcare costs brought about by chronic conditions. These include customizing  wellness plans, creating population-specific communications packages, and introducing  value-based insurance design (VBID), just to name a few. (We’ll cover value-based insurance design in an upcoming blog post.)