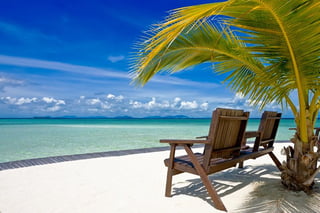 In previous posts in our Summer Blog Series, we’ve discussed the benefits of PTO, the advantages of using PTO automation to handle the administrative function, and common PTO policies, procedures and FAQs. For this final installment, we’ll focus on notable PTO trends and novel approaches some companies are experimenting with today.

Bank Systems on the Rise

According to a 2014 study released by WorldatWork, a non-profit research association, 41 percent of organizations participating in the study used bank-style PTO systems, while 56 percent still used traditional systems of paid leave for their employees. (PTO banks offer a combined “bucket” of available paid days off which can be used for a variety of reasons.) This approach differs considerably from the better-known system of assigning a pre-set number of days each year in separate categories like vacation, sick leave, bereavement leave, and personal days.

The choice of PTO bank systems or traditional systems is somewhat dependent on the specific industries involved. For instance, the healthcare industry, where the concept of greater PTO flexibility first originated, shows 72 percent participation in PTO bank systems. On the other end of the spectrum, the manufacturing industry shows a strong preference for more traditional leave programs at 66 percent.

Respondents to the survey who favored PTO banks over traditional paid leave systems listed the following reasons for their PTO policies:

With the advent of PTO automation software, administration of paid time off programs is becoming a more time-saving and cost-effective endeavor. Because bucket PTO packages require little or no categorization of days used, a major headache for HR departments is largely eliminated. As employees become more acclimated to using employee portals to access information about PTO, they derive other benefits as well. Regular portal access provides a channel of communication between HR departments and employees, saving time and money across the board.

Looking at these statistics, it appears that PTO banks are here to stay. As more companies come to the realization that a positive work-life balance must be achieved for employees to be happy, healthy, and productive, the focus will necessarily shift from mere attendance at work to a more results-driven culture. Employees given flexibility in the way they use their time off are likely to be more engaged and productive in their working hours.

But how are companies developing their PTO packages? What noteworthy things are on the horizon for PTO?

Unlimited Maternity/Paternity Leave: Netflix, the video-streaming giant, announced its new unlimited maternity/paternity leave policy on August 4, 2015. According to the company, all full-time, salaried employees who are new moms and dads are eligible to take off as much time as they want during the first year after a child’s birth or adoption.

While this is a significant step forward in the world of corporate maternity/paternity leave in the U.S., it is really not surprising that Netflix would make such an announcement. Netflix instituted an unlimited vacation policy back in 2012, which has met with moderate success. The unlimited maternity/paternity leave policy seems a natural progression of Netflix’s stated culture of “freedom and responsibility.”

Microsoft also announced an expanded paid parental leave policy, the day after the Netflix announcement. Starting on November 1, 2015, new parents can enjoy 12 weeks of leave, paid at 100 percent. This is in addition to the eight weeks of maternity disability new mothers already receive from Microsoft.

Google offers new mothers 18 weeks off with pay. Additionally, either parent who plans to take an equal or primary role in childcare can receive up to 12 weeks of “baby bonding time.” Facebook, meanwhile, offers new mothers and fathers four months of paid leave.

Unlimited Vacation: Joining Netflix in the unlimited vacation camp are a handful of other companies like Virgin Airlines, Groupon, HubSpot, Evernote, and General Electric. The thinking behind these policies is that they will attract the most talented workers, and foster a culture that’s more focused on results than attendance. While only 2 percent of major American companies offer this particular perk, evidence seems to indicate that more will jump on the bandwagon as companies begin to see the benefits of a more flexible approach to PTO.

More Paid Sick Leave: The Family Medical Leave Act addresses only unpaid sick leave, and only applies to employers with 50 or more employees. However, according to the Bureau of Labor Statistics, 61 percent of private-industry workers have access to paid sick leave. Laws mandating paid sick leave vary from place to place throughout the country. But new laws in Massachusetts and California indicate that paid sick leave is becoming a hotter topic as employers scramble to attract qualified employees with more progressive PTO strategies.

Pre-cation: Another new animal in the PTO arena is the “pre-cation,” a vacation offered to new hires before they actually begin to work. Though still in its infancy as an employee perk, pre-cations have become standard at companies like 42Floors, a commercial real estate search engine in San Francisco, and Atlassian, a software company with offices in San Francisco and Sydney. The idea behind pre-cations is simple. In an effort to attract top talent, who likely have a strong work ethic and may be experiencing a certain amount of burnout from their current jobs, companies offer a much-needed chance to decompress before the new hire comes to work for the first time. Proponents of pre-cations say that the benefit of having a well-rested, re-energized employee is well worth the cost of footing the bill for a vacation up front. Jeff Diana, Atlassian's chief people officer, notes:

“We want people to bring their best every day, and we want them here for the long haul. Changing jobs is an important shift, and we want to give people time to recharge, spend some time with family. Because once you start a new job, you kind of jump all in.”

Volunteer Time Off (VTO): An increasing number of companies are providing a certain number of hours per year to employees specifically for volunteering in the community. The benefits of this type of PTO are many. Here are a few:

What Does It All Mean?

Every company must make its own evaluation of what types of paid leave policies it will pursue. Today’s trends toward greater PTO flexibility reflect the need to craft benefits packages that will not only attract top employees, but also allow them to find the right life-work balance and stay productive for years to come.

For more information about PTO strategies and PTO automation solutions, please contact us. As thought leaders in benefits consulting, we can help you design the right package for your business.