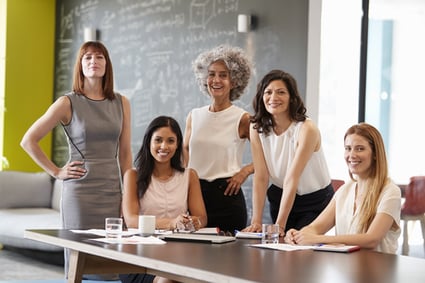 We are about to witness an important change in workforce demographics – one that has implications for virtually every company recruiting college-educated adults.

Responding to this change, savvy companies are striving to become more attractive to female job candidates. Some of these new practices include the ways in which companies are redrafting job descriptions with more gender-neutral language, as well as changes companies are making to compensation and culture.

Changes to employee benefits programs are even more widespread, and include;


Mercer’s National Survey of Employer-Sponsored Health Plans backs this up. In 2015, just 6 percent of employers with 20,000 employees or more covered egg freezing. That figure has nearly tripled in just three years and is now at 17 percent. Paid parental leave has also jumped from 24% to 40% during the same period, according to Mercer’s Study on Absence and Disability Management.

As we discussed on our recent blog posts “Five Ways to Make Pregnancy (and the Return to Work) Easier for Working Moms” and “How to Create a Family Friendly Workplace”, other ways employers can make their benefit plans more attractive to women include:

All that being said, companies who only focus on beefing up reproductive health, childbearing, and childcare benefits are missing out on improving their appeal with an entire population of women who aren’t interested in raising a family.

In fact, around the world, as female college-attainment rates rise, the fertility rate goes down as educated women put off starting families. In fact, the fertility rate in the United States, which has been below what’s considered the 2.1 children “replacement level” since 1971, just hit a record low of 1.7 last year.

So what do benefit enhancements look like when they aren’t tied to children and families? Most aren’t what employers would consider traditional benefits, but rather are elements of company culture. While these include equal pay, they also include;

There is also a new wave of health and wellness benefits which are growing in popularity among women, according to a study by Harvard Business Review. In that study, more than 60% of women reported that better health, vision and dental benefits “would be taken into heavy consideration” by women applicants, compared to just 47% of men.

Other benefits which are more heavily favored by women than men, according to the same study, include;

So What Does This All Mean?

The path to attracting and retaining top educated women in a tight labor market is fairly straight-forward; pay attention to them and their needs. Cater not only to those who plan to raise (or are already raising) families, but also to women who have no intention to do the same. Foster a culture of equality and focus on benefits that promote health, wellness, and work-life balance.

After all, this trend in an increasingly female-dominated educated workforce is likely to continue. This is due to several factors, not the least of which is future demand for female-dominated professions out-stripping those of male-dominated ones (the latter of which may be severely altered in coming years due to rapid advances in AI and automation).