Baby boomers are children of the silent generation and the generation before them (“the greatest generation” as coined by former NBC News anchor Tom Brokaw — many of whom fought during World War II) and encompass the years after the war ended — from 1946 to 1964. In 2017, they fall between the ages of 53 and 71.

As of 2016, Pew Research data states that boomers made up about 29 percent of the workforce — a drastic change from 49 percent in 1995. Boomers are hitting (and in some cases surpassing) the traditional retirement age. Some are working longer than expected to make back some of the money they lost during the Great Recession, but for the most part boomers are retiring in massive numbers. Over the next 12 years, the number of boomers in the workforce will continue to decline as more and more reach the age of 65.

Gen X-ers were born between 1965 and 1980 and are largely the children of boomers, but also some younger members of the silent generation. This makes them between the ages of 37 and 52 in 2017. In 2015, they made up about one-third (34 percent) of the American workforce. Their peak in the workforce — which happened around 2008 — was short-lived. Being sandwiched between two substantially sized generations (boomers and millennials) and then running into economic hardships didn’t afford them much time on top.

In 2015, they made up about 34 percent of the workforce. However, when broken down into numbers of individuals working, millennials have surpassed Gen x-ers as the largest group of people in the workplace today (53.5 million versus 52.7 million).

The growth in the Millennial population has also surged due to the immigrant population, making them a more substantial portion of the workforce. According to Pew Research, “in the past five years, over half of newly arrived immigrant workers have been millennials.”

Researchers believe this generation has yet to reach its peak in the workforce because the youngest among them are still in college — with limited working potential due to demanding school schedules.

Before long, Generation Z/post-millennials will start entering the workforce. These folks are also sometimes referred to as “digital natives” because they don’t remember a time before computers, wireless phones, or broadband Internet. At this point, it’s impossible to put an end bracket on this generation, but the start probably falls around 1998 or 2001. The oldest of this generation is in college (or just finishing). The youngest are still minors. At this time, this portion of the workforce is only about one percent.

Managing Benefits Across a Multigenerational Workforce

No matter which generation they belong to, however, certain issues impact all employees. These include:

Millennials might be called “the job-hopping generation,” but studies show they’re not all that different than their boomer and X-er counterparts when it comes to craving job security. A survey conducted by software firm Qualtrics states that 90 percent of millennials would stay put for the next decade if an employer promises them annual raises and upward career mobility.

Bond Between Employee and Employer

As Anne Bahr Thompson at Harvard Business Review writes, “It’s never been more important for companies to treat employees well and fairly — but it has also never been more complicated to do so. With so many different generations in the workforce, each expecting different things from their employers, exactly what kind of relationships should companies be fostering with employees — and how should they go about doing so?” 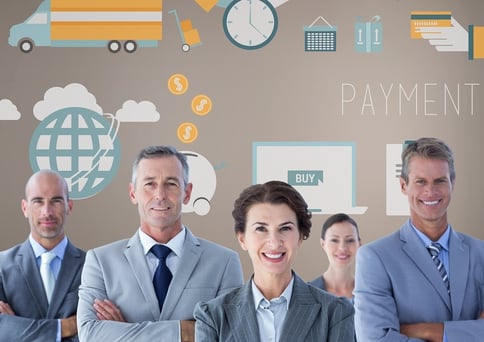 One employer quality that spans all generations: Trust. Thompson says, “Policies that ensure people get regular acknowledgement and praise for a job well done are also critical to promoting a more trusting, positive, healthy, relaxed and less-stressed work environment — for all generations.”

In other areas, such as enrichment, different generations want different approaches from their employers. For example, boomers want to see recognition of their individual strengths and skill, whereas Gen-Xers favor “friendly employers” who help them achieve their goals. Millennials shun the idea of a “faceless boss” and want employers who are invested in their personal development and well-being.

Most boomers and Gen-Xers derive much of their personal identity from their company rather than their profession. This is because these generations of workers were more likely to stick with one employer throughout their working lives. A survey of more than 1,000 baby boomers conducted by the Associated Press NORC Center for Public Affairs Research reveals that 41 percent of workers over age 50 stayed with the same company for 20 years or more. By contrast, Gallup polls show that six in 10 millennials are open to new job opportunities and see no problem hopping from employer to employer to achieve their professional goals.

Whatever your thoughts on globalization, studies show that the American economy has been significantly affected by changing dynamics in industry and overseas outsourcing. The Economic Policy Institute states that 3.4 million U.S. jobs went to China between 2001 and 2015. Many of the industries boomers grew up with have either radically transformed or gone away completely. For Gen-Xers and millennials, who grew up weathering these seismic shifts in the economy, adjusting to a global economy is a less intimidating prospect both personally and professionally.

One trait common among all generations working today is the value of health insurance in an employee benefits package. According to a 2014 study by the Employee Benefit Research Institute, health insurance was still rated as the most important aspect of an employee benefits package, in spite of the recent opening of the Marketplace through the Affordable Care Act (ACA). The study also found that people didn’t feel very comfortable choosing their own health insurance plan, which certainly points to why employer-sponsored healthcare (and HR’s guidance during enrollment) is so important to them.

A good way to provide health insurance that is appealing across a multi-generational workforce is to offer more than one plan option. Boomers and Gen x-ers might feel more comfortable with traditional insurance options with lower deductibles and co-pays because they are more likely to use the plan on a frequent basis. On the other hand, millennials might be more comfortable paying less for premiums in exchange for higher deductibles, as they are less likely to have major health problems so early in life — although there are certainly exceptions. In general, providing options (but in a limited number) is almost always a good thing.

The Shift to Defined Contribution Benefits

Many employment experts believe that the shift away from defined benefits and a move toward defined contribution plans has fundamentally changed the way people save for retirement. The Center for Retirement Research at Boston College found, “In the early 1980s, most private sector workers covered by an employer-sponsored plan had a defined benefit plan; by 2013 the share relying solely on a defined benefit plan had declined to less than 20 percent.” For boomers, who entered the workforce expecting a pension to be waiting for them upon retirement, the loss of these benefits could force them to stay in the workforce longer. Millennials and Gen-Xers, on the other hand, are typically more comfortable bearing personal responsibility for their own retirement savings.

As a result, every generation values retirement as a benefit, but they approach it in different ways. Boomers are getting ready to retire, while Gen X-ers are probably just beginning to ramp up their contributions and would appreciate all the help they can get. Millennials, even though they’re decades away from retirement, assume that they’ll not be seeing much (if anything) from social security and would happily accept matching contributions so they can begin saving early — as it might take them 50 years of working to be able to afford to retire in the first place.

Different generations have different types of debt, which plays into how they value various benefits. One large difference between the boomers and the millennials is the matter of student loans. While boomers may value higher salaries so they can save for retirement and pay off debt prior to leaving the workforce, millennials might be open to accepting a slightly lower salary in exchange for help paying off their student loans — which often enter the six-digit range. On the other hand, boomers and Gen-Xers might be interested in employer-sponsored 529 plans that help them save for their children’s higher education.

Your employees have a life outside of work, and the way it’s structured matters. Do your employees have young children at home? Is the bulk of your management staff gearing up to pay for college for kids leaving the nest?

As we’ve explained in the past, work-life balance means different things to different generations of workers. Millennials and younger Gen-Xers tend to put a high value on work-life balance. These workers might even prefer a lower salary if it means getting a more flexible work schedule. At the same time, boomers struggling to balance their retirement goals with the rising cost of college might favor more opportunities to earn bonuses and other financial incentives.

Choosing Benefits That Work for Every Age

It’s well-established that employees want more than just a salary. Workers of all ages are looking for job security, a good relationship with their employer, work-life balance and important benefits like good healthcare coverage. Employers who pay attention to the various needs, goals and desires of a multi-generational workforce will reap the rewards in the form of happier, more productive employees. 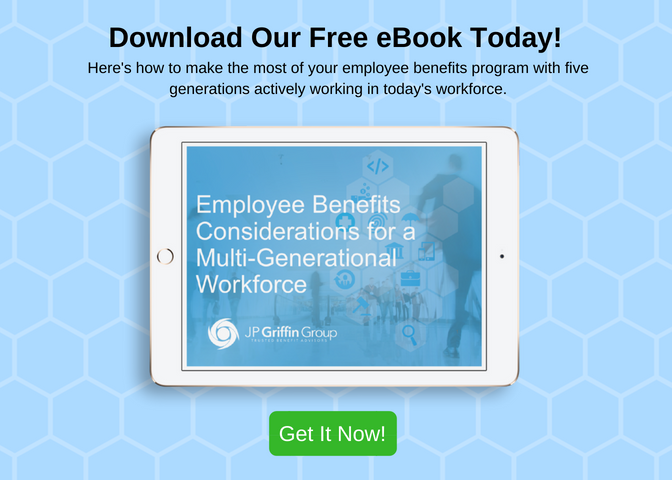 How are you managing your multi-generational workforce? Leave us a comment below or contact us. We’d love to hear from you!