Today the first official votes will be cast, both in Iowa and California, for the 2020 presidential election. A hot button topic in the discourse leading up to this moment has been whether the country should migrate to a single-payer healthcare system commonly referred to as "Medicare-for-all."

While every Democratic candidate still in the running supports some level of change to the current healthcare system, Medicare-for-all is a solution championed primarily by Vermont Senator Bernie Sanders and Massachusetts Senator Elizabeth Warren.

Both are pushing for a single-payer solution where Americans would be enrolled automatically in a government-run medical insurance plan. Both of their policies call for essentially disbanding private insurance, or relegating it to something only needed to supplement care outside of the provisions provided in their single-payer solutions.

Would this transition to Medicare-for-all be a good thing for employers, 4.5 million of which are providing employer-sponsored group health insurance to over 160 million Americans representing 49 percent of the country's total population?

It's not an unreasonable question, given that employee benefit costs (the bulk of which are driven by medical benefits) often are the third or fourth-largest line item on any company's P&L. After all, with no end in sight, the ever-increasing cost of healthcare is often cited as one of the primary reasons for slower wage growth.

News stories published earlier this year by Kaiser Health News and Forbes, just to name a few, suggest that some employers are, in fact, embracing this idea of Medicare-for-all. Setting aside the dramatic differences in the quality of care such a system could bring about, at first glance, the concept might look attractive. But once employers take into account the taxes imposed to fund this plan - both on the employer AND employee side of the equation - things start to get somewhat murky.

Let's Take A Look At The Math

It's indeed true that Medicare-for-all would provide tremendous line item healthcare expense relief to businesses that already offer benefits. Employers would no longer be saddled with payments to insurance carriers, pharmacy benefit managers, third-party administrators, and others who currently provide these benefits.

That said, Medicare-for-all would be funded, in the case of Senator Bernie Sanders' plan, through the establishment of a 7.5 percent payroll tax, a 4 percent tax on all American households, and a considerable number of other taxes "to make the wealthy pay their fair share." Sanders has also called for changes to accounting rules that would saddle companies with $112 billion in additional corporate taxes and two other taxes targeting larger companies that would raise another $884 billion over the next decade. In addition to these taxes, the Senator's plan is banking on a significant reduction in reimbursements to healthcare providers, as well as efficiencies in Medicare, which may be unsustainable at universal scale.

For purposes of brevity, we'll also skip the analysis of Senator Warren's plan…for now. Providing she continues to perform well in the primaries, we'll analyze her Medicare-for-all proposal in the coming weeks. Back to Bernie…

Senator Sanders claims that the average business will save over $9,000 in healthcare costs per employee. His calculations are based on using $12,865 as the average employers paid in 2016 for family coverage, less $3,750 in payroll tax an employer would pay per employee making $50,000 annually. To protect small businesses, Sanders' plan would exempt the first $2 million in payroll expense.

Unfortunately, these broad averages gloss over some tremendous variability. For example, using family coverage as the basis for their calculations greatly overstates savings. In 2019, less than a third of workers enrolled in family coverage health plans.

Instead, it would be a fairer comparison to use employee-only coverage, and even more realistic to use a blend of all plans. For example, according to the Kaiser Family Foundation, the average employer contribution for employee-only coverage in 2018 was $5,665. This figure is less than half the amount the Sanders' plan is using as the cost basis. Sanders' payroll tax on this revised cost basis would cost employers less for workers earning below $75,000 a year, but more for more affluent workers. More importantly, this analysis doesn't take into account any of the other taxes cited earlier.

The bottom line here is that while Medicare-for-all will eliminate the healthcare expense from the P&L, it will vastly increase a company's (and some business owners' personal) tax bills. And if efficiencies aren't realized, and dramatic reductions in healthcare reimbursements don't materialize, American's should anticipate more taxes to fund this program (or substantial cuts in healthcare services provided).

On the flip side, Senator Sanders claims that his plan will save the average family over $4,400 per year. This projection is based on taking $5,277 as the average employee-paid health premium, less the $844 a year the average household would pay based on a 4 percent income tax. Families of four making less than $29,000 would not be subject to this tax.

Here too Senator Sanders facts are way off. According to a study conducted in May of 2019 by the Commonwealth Fund, employees paid, on average, $2,200 per year in health premium, 58 percent less than Sanders’ calculations. Even when combined with the average out-of-pocket healthcare expense ($800), this $3,000 in average employee cost is 44 percent less than what is cited in the Senator’s plan. Net, the average household would therefore save $2,156.

For lower income households, who currently don’t receive employer-sponsored health coverage, they could find themselves getting fairly robust coverage for a modest tax increase. And for very low-income families, the majority of whom already receive free or heavily-subsidize health insurance, they would most likely just find themselves swapping one government insurance plan for another.

But for higher-income households, the effects could be dramatic, due mostly to the progressive nature of the Senator's plan. For households earning more than $76,000, Sander's 4% income tax would cost them more than they are currently paying in health premium AND additional out-of-pocket costs. When added to a progressive income tax increase for households making $250,000 more, the delta gets even wider. This is to say nothing of other elements of the Sanders plan; taxing capital gains and dividends the same as income, introducing limits the Senator wants to place on tax deductions for households making over $250,000, and a flat estate tax he wants to replace with a progressive one.These additional taxes matter more than one would think since many business owners accept lower salaries in exchange for receiving most of their income in the form of capital gains or dividends.

Suffice to say, the cost implications on employers and employees when transitioning from our current form of healthcare to Medicare-for-all greatly hinges on a complicated set of factors including the size of an organization, it's corporate structure, and the income of the working American household.

The Elephant in The Room

While it's important to consider the cost implications of Medicare-for-all, a more substantive comparison needs to be drawn between the quality of care Americans will be afforded between both healthcare systems.

For starters, Medicare exists today as one component of a multi-faceted healthcare system, providing care for roughly 15% of the population. And of that population, only one in 10 rely solely on Medicare for healthcare coverage. Expanding this program to the other 85% of the U.S. population will dramatically alter how the program functions.

Second, Senator Sanders' plan assumes the government will be able to administer the program at the same rate as it does for the existing Medicare program. Experts believe this is unlikely, primarily because Medicare's administrative costs appear lower as a percent of total expenditures, but that is only because the Medicare population is older and has a higher per-capita health cost. In other words, once Medicare is expanded to a broader base, the program won't be nearly as efficient as it might appear now.

Medicare-for-all also presumes that providers will accept 40 percent reductions in the reimbursement rates they have been accustomed to receiving from private insurers. While they may be bluffing, countless providers have indicated that this will put such pressure on them as to force them out of business.

Regardless, Congress has historically postponed Medicare payment cuts to hospitals and doctors just about every time it's had the chance. If these lower reimbursements never come about, the Sanders administration would be forced to look to individuals and employers to cover these higher costs

Other Single-Payer Systems Provide A Better Basis For Comparison

Perhaps a better basis for comparison would be countries that have healthcare systems in place that bear a close resemblance to Medicare-for-all. Looking to Canada, our neighbors to the north, they wait a median of nearly 20 weeks to get treatment from a specialist after receiving a referral from a general practitioner. Patients in more remote areas of the country wait even longer. In New Brunswick, it takes a median of 45.1 weeks to visit a specialist.

With many Canadians not able to wait that long, they head for the border to seek care, with nearly a quarter of a million doing so in 2017, according to SecondStreet.org, a Canadian think tank.

It should also be noted that the vast majority of American's like their employer-provided group insurance. In fact, 76 percent of respondents in a July 2019 Kaiser Family Foundation study viewed their employer-based health benefits favorably, with 86 percent rating their care under such plans as "excellent" (36 percent) or "good" (50 percent). Bernie Sanders' plan would push 160 million satisfied employees off of their current plans.

Finally, Medicare-for-all would take away one of the ways employers differentiate themselves in the quest for talent – the quality of their benefit plans.

While the Sanders and Warren plans are the most ambitious by any of the Democratic Candidates, there are several less costly proposals being floated by other candidates running for President, as well as other Democratic members of Congress. These proposals include one unveiled earlier this year called the "Medicare at 50 Act", which would lower the age of Medicare eligibility to as young as 50.

In addition, Democratic Presidential Candidate Pete Buttigieg and a few others have floated concepts such as "Medicare-for-all Who Want It," conceding that the majority of the 160 million Americans covered by employer-sponsored plans today are satisfied.

Regardless, as with any policy proposal put forth by a presidential candidate, campaign promises often don't translate into legislative reality. The same can also be said for a bill winding its way through Congress.

Such a broad sweeping change to healthcare would not only take years to implement but would ripple through the economic infrastructure of the country (research from University of Massachusetts economists estimate that 1.8 million healthcare jobs nationwide would evaporate under a Medicare-for-all solution, creating an entirely different set of issues the country would have to deal with.)

Nevertheless, employers should investigate further how a Medicare-for-all system could impact both their business operations and workforce and form their own opinions.

Medicare-for-all, in our opinion, simply isn't the best solution. 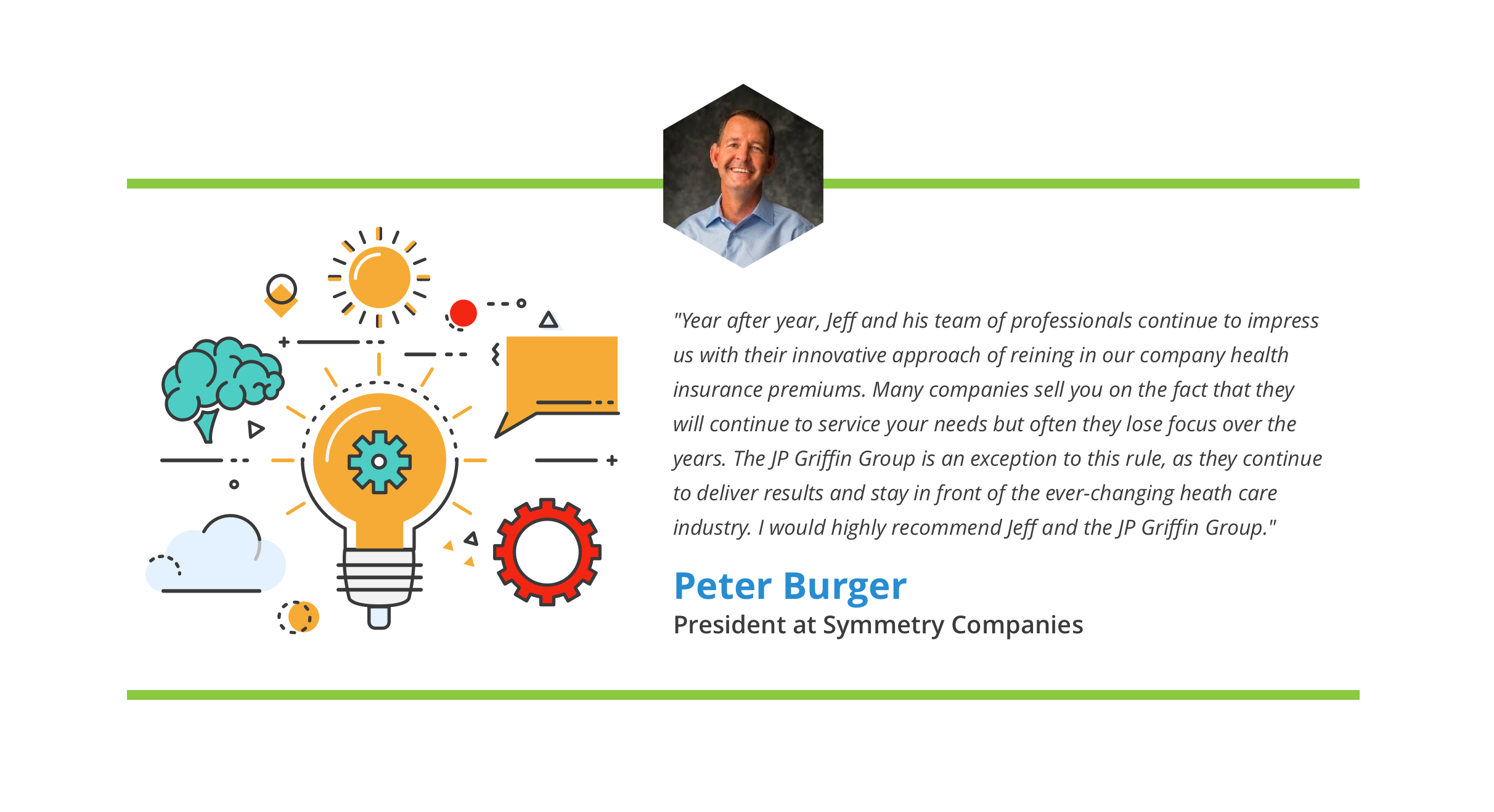