Is Discussing Politics In The Workplace Ever OK? 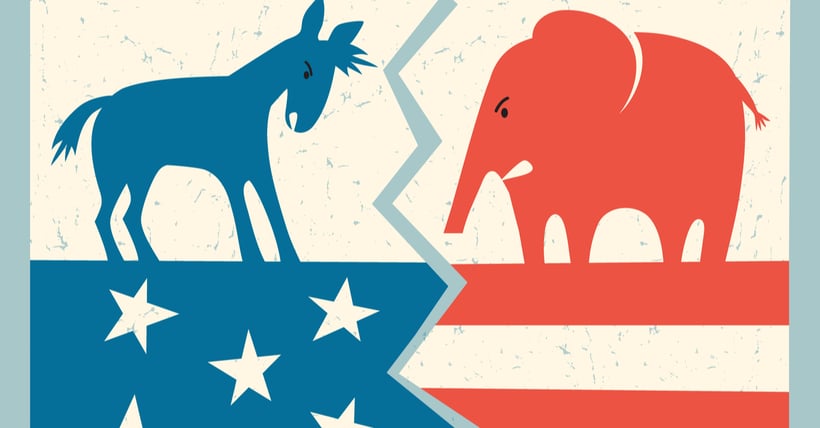 Sex, politics, and religion. That was the list of topics I was taught when growing up to never discuss when we had guests over for dinner. Those were pretty much the ground rules Google set-out to establish last month when it issued new guidelines limiting employee discussion of politics in the workplace.

Google claimed their guidelines were intended to protect a “productive work environment” by corralling what has already become very heated water cooler talk in the run-up to the 2020 presidential election. Nevertheless, late last week the National Labor Relations Board ordered Google to stand down. In its ruling, it instructed Google to affirm employees’ rights to express their views, within the workplace environment, on political and workplace issues.

The settlement was born less out of Google’s issuance of new guidelines but rather as a result of recent complaints from conservative employees who claim they were fired due to their political views.

According to a recent New York Times article, accusations of political bias at major tech companies has become a powerful rallying cry among conservatives. This includes accusations by President Trump that engineers in Silicon Valley intentionally skewed the way their systems display content online to reflect liberal positions. For their part, major technology companies deny these accusations of bias.

To be fair, Google’s new guidelines didn’t forbid discussing politics at work, but they did require managers to address conversations that became disruptive. The updated guidelines were an attempt to dial back what has historically been the company’s wide open discourse. In addition to politics, Google also advised employees to avoid name-calling, including making blanket statements about groups or categories of people.

In a recent interview with the Wall Street Journal, David C. Logan, an expert on workplace management at USC, pointed out the dangers in inhibiting dialogue among employees. “Cultures of political correctness ironically can become unsafe places to work,” he said. “People need to be able to discuss what’s going on in the world. Communities are where you do that and the community where people spend most of their waking time is at the office.”

To be sure, Google isn’t the only company struggling with this. Back in 2016, Facebook had to take down a popular employee discussion board that morphed into a forum for conservative political debate that sometimes degenerated into sexist and racist posts. And in 2018, both Salesforce and Microsoft had to content to employee backlash over their ties to government contracts which rubbed some the wrong way.

Download our Workforce Social Media Guidelines resource guide to include in your employee handbook or to email to employees who are inquiring about your social media policies when they are both "on and off the clock".

What Can Employers Do About Politically-Charged Conversations at Work?

The National Labor Relations Board ruling begs the question, is there anything employers can do to limit these emotionally charged and heated political debates in the workplace? The short answer is, somewhat surprisingly, yes.

Our country’s First Amendment right to free speech, while protected within government agencies and publicly held companies, actually doesn’t apply at most private companies. In fact, political discussions are not federally protected at all (though a few states do offer some protections).

The exception to this – and it’s an important one - is when the political discussions deal with terms and conditions of employment, such as the minimum wage, or gender-neutral bathrooms. These discussions, which may start with one candidate’s position on such issues can easily lead to talk about the starting pay at your company, which is protected speech, no matter if you are public or private.

Here are some tips to help you maintain a civil and productive work environment in the run-up to the 2020 election (and beyond);

Free speech rights don’t mean you're off the hook when it comes to your responsibility in making sure employees feel comfortable in their place of work. Political discussions these days can very easily lead to comments about protected areas such as gender, race, religion and national origin – all of which have the potential to trigger workplace discrimination and retaliation complaints.

It’s within your legal rights to put an end to discussions which lead to these topics, as well as tamper disruptions that impact productivity and/or your ability to serve your customers. Companies should train managers to step-in and put an end to talk that becomes loud, aggressive and disrespectful. And if things get hostile, those actions are likely to violate your workplace codes of professional conduct and safety (which every employer should have well documented in their employee handbooks).

Most employees are just as confused as employers when it comes to where the line gets drawn in these types of situations. The first step in eliminating this confusion is to codify your policies in your employee handbook. The second step is to make sure your employees actually read them! This might include some one-on-one or group training when a new employee is onboarded, but should also include an annual review of these critical policies with your existing staff.

Also make sure to reaffirm your company’s policy when it comes to solicitation in the workplace, and/or your company’s electronic communication and social media policies. (And if you don’t have these documented, get them down on paper ASAP.)

The trick here is to convert these dense policies into small, bite size pieces for info-snacking. And don’t avoid the elephant in the room. Specifically address how heated political conversations can lead to violations of several of these policies.

Lead by Example and Practice Consistency

Finally, make sure ownership, senior leadership and managers lead by example. Consistent adherence to your stated policies is also critical, especially as it applies to political and non-political violations.

For example, if you have a non-solicitation policy, it needs to apply as much to girl scout cookies as it does to campaigning for someone’s vote. What you restrict or allow must be consistent.

When In Doubt, Seek Professional Advice

When sticky situations arise, it’s always best to consult with your legal and HR teams, as well as outside council before taking action against an employee for their political actions.

It’s also a good idea to have your company’s workplace policies and employee handbook reviewed, at least annually, to ensure they provide adequate direction and aren’t in violation of any protected behaviors. Your employee benefits advisor should be able to help in this regard.

We hope that you've found this blog post helpful. Because politics and social media sometimes intersect,  we've put together a reference guide for employers to use when crafting workplace social media policies (see below). 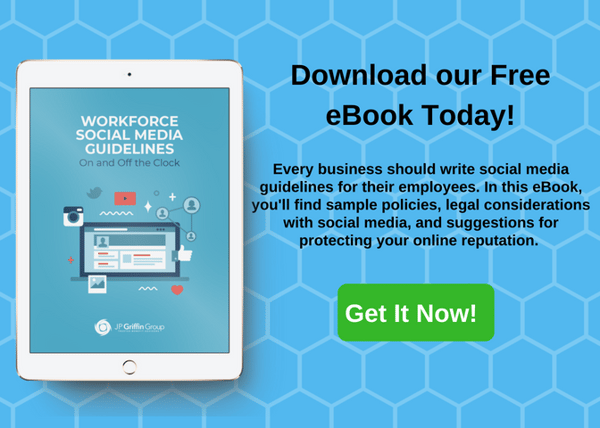