Americans are concerned about the future of their health care system—and for good reason. It's projected that we will spend 4.5 trillion dollars on health care in 2019 and five trillion by 2022.

So, where do the presidential candidates stand on employer-sponsored health care and employee benefits?

Hillary Clinton: Preservation of the ACA 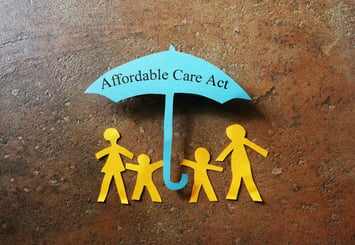 Under Clinton's plan, little will change for employers, but consumers can expect to see relief in the form of expanded public options and tax credits, including high deductibles and premiums. Her plan incorporates increased tax credits to offset high premiums and other out-of-pocket costs. She also plans to "fix" the "family glitch" so that families can make up the gap in costs between employer coverage and health care costs.

Clinton has big plans for controlling prescription drug prices by holding pharmaceutical companies more accountable and expanding pricing disclosure requirements for doctors and hospitals, a point that she and her opponent actually agree on. Clinton is a big supporter of expanding state Medicaid incentives and lowering the age for Medicare participants to 50. She is also shedding light on the need for mental health coverage, equating it with physical health needs.

Donald Trump: Dissolution of the ACA

During the February 25th debate, Trump said that he would not "let people die in the street." Though this statement has been taken as supportive of universal health care, he later clarified that he is not in favor of universal health care and plans to end the Affordable Care Act. In fact, his website outlines his No. 1 goal is to "completely repeal Obamacare." However, Trump asserts that his plan will provide relief to Americans and give employers more freedom, without interference from the federal government. Part of his plan includes lowering trade barriers so that overseas drug makers can sell in the United States, providing more competition and driving pharmaceutical prices down. He also promises to force hospitals and doctors to be more transparent on drug pricing. Trump plans to improve Medicare but says he will block state grants for Medicaid.

His plan incorporates free market insurance that is not limited to regional constraints. He indicates that open competition between insurance companies will create market-driven insurance rates that are more affordable for individuals. In addition, his plan stresses the importance of providing individuals with insurance that travels with them across state lines and employers. He also supports health savings plans. Trump does not mention specifically if employers will be expected to contribute to health savings plans, but his statements point in the direction of limited employer sponsorship. Essentially, Trump and Clinton agree on lowering costs. They just have different ideas about how to get there.

Obama: How His Thoughts Fit In

Obama has brought about health care reform unlike this nation has seen in decades. However, with less than half a year left in office, he's not done yet. He recently wrote an article in the Journal of the American Medical Association to make his case for a public health care option. Knowing the Republican-controlled congress is unlikely to pass legislation he might suggest, Obama is taking the route of providing a sort-of guide for future legislators.

His frank assessment is partly based on research done by his domestic policy staff last year. Their conclusion about the ACA was that there is not enough competition in the health care law's market. When this year's open enrollment begins, an estimated 650 counties may have only one carrier selling in the marketplace. Three states—Alaska, Alabama, and Wyoming—only have one insurance carrier. Offering a public option will create more competition in those areas, driving prices down. Clinton has promised to push for a public option, while Trump is devoted to scaling back government involvement.

The JP Griffin Group is dedicated to helping companies navigate the evolving and challenging health care system. Contact us to find out how to craft a benefits package that adapts, regardless of who is in the oval office.

IRS Provides Relief to Those with Overfunded FSAs

Some Reluctant to Return to Work; The Impact on PPP Loans and Unemployment Benefits