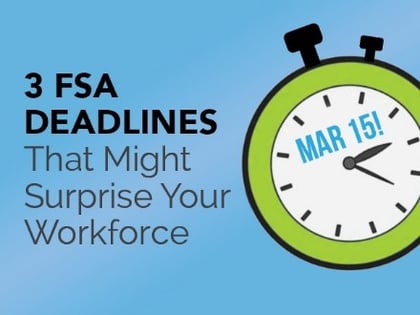 There are three key FSA-related terms that every company which offers flexible spending accounts to their employees should review around this time of year.

While human resources professionals likely are well-aware of what FSA rollovers, grace periods and run-out periods are, employees frequently don’t know the difference between these (and sometimes don’t know they exist at all).

Rollovers: Letting Employees Use Some Previous Funds This Year

Rollovers are an optional feature that the IRS made available starting in plan year 2013 (plan year 2014 for plans with grace periods). Despite being strictly an optional feature that employers can elect or not elect to offer, rollovers have been widely adopted since they were first made available. Only 8 percent of employers who had FSA plans offered the option early on, but by 2015 it was adopted by 60 percent of employers with plans.

Simply put, rollovers do away with some of the “use it or lose it” nature of FSAs by letting employees carry over a portion of the funds that remain in their plan. The maximum carryover amount is $500 per the IRS, but this amount provides a significant benefit to employees.

In addition to alleviating some of the last-minute pressure to find approved expenses that use up FSA funds, a rollover feature also lets employees more easily manage major approved expenses. Shifting $500 from one plan year to the next can help employees prepare for orthopedic supports, pregnancy-related costs, co-insurances on major procedures and other substantial medical costs.

Companies that have a rollover feature on their FSA should communicate this to employees promptly, preferably well before the end of a plan year, so employees know they don’t need to use up all the funds in their accounts.

Grace periods are another optional feature that allows employees to use last year’s FSA plan funds in the current calendar year. These periods work a little differently than rollovers, though.

Grace periods allow employees to use any funds remaining in last year’s FSA during the start of the new plan year. There’s no $500 limit with these periods, but the periods don’t last for the full plan year. Any remaining funds must be fully used within a set time of 2 months and 15 days, which means most grace periods expire on March 15 of the new year.

Giving employees an opportunity to use remaining funds from last year removes all pressure to use up funds before the end of a plan year (which is often during the busy holiday season). It also lets employees carry their plan's funds a little way into the new year. This can be particularly useful if they’ll be facing any especially expensive medical costs, such as a surgery or pregnancy, in the coming year.

Companies that have a grace period built into their FSA plan should make employees aware of the feature both shortly before the previous plan year ends and shortly before the grace period expires. This way, employees know they don’t have to use all funds by the end of the plan year, and they also receive a reminder to use up any remaining funds before those funds are finally forfeited.

Run-out periods don’t let employees carry over funds from one FSA plan year to the next. Instead, these periods dictate how long employees have to submit receipts for the prior year's FSA-qualifying expenses. In order to qualify for a run-out period, expenses have to have been paid during the previous plan year and receipts must be submitted prior to the end of the run-out period.

Most FSA plans include run-out periods as a standard feature, but the duration of these periods isn’t dictated by the IRS. The length is up to employers, with many choosing 90 days after the end of a plan year.

Run-out periods should be communicated to employees shortly after a plan year ends and shortly before the corresponding run-out period expires. With this and all other FSA-related communications, employers may want to include a list of FSA approved expenses so employees know what services and items qualify.

For help with FSA-related issues, including understanding rollovers, grace periods and run-out periods, contact one of our employee benefits specialists. Our specialists have worked with many companies to set up and communicate details pertaining to flexible spending accounts, and they’d be happy to assist your company. 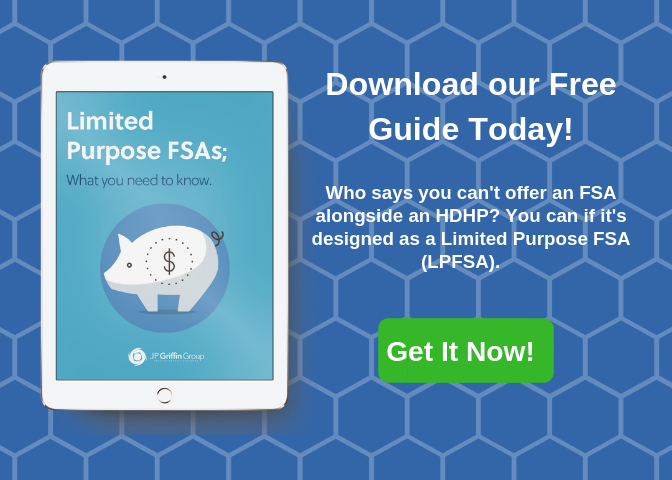 Are you communicating your FSA rollovers, FSA grace periods and FSA run-out periods effectively? Are your employees well informed? Leave us a comment or contact us. We'd love to hear from you!