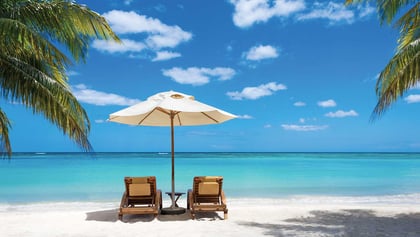 The Importance of Paid Time Off

Time Off Increases the U.S. Economy

At a meta level, the U.S. Travel Association’s 2017 Project: Time Off survey found that workers forfeited 206 million unused vacation days in 2016! That came at a personal cost of $64.4 billion in lost benefits, and the effect to the entire economy was even greater. After lost spending was taken into account, the total cost to the economy was estimated to be $236 billion in just that year.

Last year’s 2018 Project: Time Off survey highlighted a reverse trend in which vacation day usage increased, but this data also corroborated the sizeable impact paid time off has on the country’s economy. From 2016 to 2017, year-over-year vacation usage increased by a mere 0.4 days. Even this minimal increase resulted in a $30.7 billion boost to the economy, added an estimated 217,200 jobs, and resulted in an $8.9 billion increase to U.S. workers’ income.

In short, the impacts that time off has on the overall economy, job growth and personal incomes are much greater than most people realize. Moreover, the Project: Time Off data only considers vacation days. It doesn’t take into account paid family leave, personal days, sick days and other forms of paid time off.

Although employers are the ones who make the financial sacrifice for employees’ paid time off, the return on investment is substantial. There are several reasons why giving employees time off is in the best interest of employers.

First, employers who provide paid time off see reduced levels of unscheduled absenteeism. A study from 2007 found that employers who offered paid-time-off programs saw around a 6 to 8 percent decrease in employees who missed work without giving notice.

While this study is admittedly dated and exact data may be slightly different today, the trend still holds true. When employees are allowed to take time away from work, they’re more likely to notify their employer of future absences. Of course, last-minute illnesses and family emergencies will always come up. Giving employees permission to leave work for a vacation or other reason will reduce those planned but not shared absences, though.

This reduction alone should give employers pause to consider offering paid time off if they don’t already. Lost wages due to absenteeism cost employers $1,685 per employee, per year according to the Center for Disease Control.

Second and related to the first benefit, employers can expect employees to be more honest when they do take time away from work. When employees are allowed to take vacation and personal days, they don’t have to lie about or hide their true reason for not coming in.

Third, productivity decreases when people work long hours. Days of work with no break and weeks without any vacation lead to workers who have trouble focusing, are less motivated and can’t produce as much. For those in creative roles, their ability to think outside the box also suffers.

Productivity is challenging to track across all businesses and sectors, but the 2017 Project: Time Off report provides particularly illuminating insights here. According to the survey, employees who forfeit vacation days are 4 percent less likely to be promoted than their peers who utilize all their vacation days. Forfeiters are also 6 percent less likely to receive a bonus than non-forfeiters. Assuming promotions and bonuses are based on productivity, the conclusion is that skipping vacation days doesn’t result in getting more work done.

Reversing this specific trend doesn’t necessarily require a six-month sabbatical. One study in the Journal of Travel Research found that just a weekend away can help employees recover from work-related stresses and return more refreshed.

Fourth, prolonged periods with no rest increases the potential for burnout. When burnout becomes a problem, employers see higher turnover rates and ultimately end up spending more on training new hires to replace those that leave. With the average cost of hiring a new employee approximately $4,000, paying for some time off to retain current employees is much more financially advisable.

Finally, employees who don’t take breaks are more likely to make mistakes and cause accidents when they’re fatigued. Depending on the specifics of a mistake or accident, it may result in wasted time, direct financial loss, an upset customer or client, an insurance claim, or other losses. Should an employer need to file an insurance claim, the incident could result in higher premiums for several years in the future.

The take-away that employees want time off is an obvious conclusion. Employees want time to spend with their family, travel, take care of projects and pursue other activities. As one might expect, they also benefit in several ways when they leave work.

First, increased productivity helps employees as much as it does employers. As mentioned, people who use all their vacation time are more likely to receive promotions and bonuses than their vacation-forgoing colleagues.

Second, employees are more able to strike a work-life balance that matches their priorities, values, and goals in life. As awareness of how many hours U.S. employees typically work increases, striking a balance between the professional and personal is becoming more and more important.

A State of the American Workplace report from Gallup found that 53 percent of employees prioritize working somewhere that lets them maintain a healthy balance, and another survey found that number increased dramatically among parents. The study saw 81 percent of parents rank work-life balance over salary when asked to prioritize what they want in a job.

Third and a subset of maintaining a work-life balance, offering paid time off lets employees see to the other obligations of life. From doctors appointments to home improvement projects, they can attend to those things that everyone must take care of but can be a struggle to find time for.

Fourth, employees who aren’t always at work tend to be happier. Getting away from the demands and stresses, and enjoying time with loved ones and doing personal hobbies is good for the soul. It’s also good for everything that’s been mentioned, such as productivity, as increased happiness correlates to better productivity.

Fifth, not working every day helps employees lead healthier lives. The health benefits of taking time off are many, and they improve both mental and physical health. For example, one study found that long work hours increases the risk of coronary heart disease and stroke. The American Psychological Association lists mental health benefits as one of several reasons to take vacations. These are just a couple of the studies and organizations that have found health-related evidence in favor of vacations.

The State of Paid Time Off in the United States

Despite all of the research and thought that has been poured into paid time off (and much of it by U.S. organizations), the United States remains far behind the rest of the world in how much time off employees are given and how many vacation days they take.

Common Time Off Policies in the United States

Per the Bureau of Labor Statistics, 76 percent of workers employed at private companies in the United States are offered at least some time off. The averages in 2017 broke down as follows:

Notably, these were only averages and there were a couple of significant trends.

At all points on the data, workers who were employed at large companies were given more vacation days than those at smaller businesses. For the purposes of this survey, small businesses were categorized as having 1 to 99 employees while large businesses had more than 100.

Also, most workers who were in the public sector had more time off than their counterparts at private companies. The exception to this trend was when senior employees at large companies were compared to senior public employees. Vacation time was approximately comparable at large companies and governments once employees reached 10 years. At 20 years, private employees got a few more days off.

Common Time Off Policies Around the World

While governments generally give their workers more time off than private companies in the U.S., the government is partly responsible for why employees have so little paid time away from work.

The United States is the only developed country that doesn’t mandate employers give at least some paid time off to employees each year. The country claims 10 public holidays, but employees can be required to work these days -- and some states don’t even require additional compensation for doing so.

South Korea, Chile, Germany, Spain, France and the United Kingdom all sit at the top of the list with at least 30 combined public holidays and days of annual leave. That’s a full month (or more) off from work each year.

Also, employees in the U.S. use their vacation at a much lower rate than other countries. Some 54 percent of workers don’t use all of their vacation days, and they have a range of reasons for doing so. The 2018 Project: Time Off had people list routine, children, cost, safety, logistics and pets all as reasons why they didn’t take vacations. The three biggest reasons people didn’t go on vacation, however, were all work-related. People said they were:

In other words, employers are driving several of the primary reasons why workers don’t take time off. Employers don’t offer much paid time off and make using it challenging -- and that’s despite the benefits that time off has for everyone.

All employers in the United States could stand to review their paid time off practices, and almost all certainly could better serve themselves and their employees by revising policies and habits. If your company doesn’t yet offer paid time off to all employees, talk with senior management about the benefits of making it available. If your company does, there are still likely several steps that can be taken to improve the policy’s availability.

Whatever policies and practices your company adopts, this is one initiative that must be directed top-down. Not only must a policy be created by company leaders, but employees must also see those who are above them actually taking time off. If they don’t, most employees will believe that the way to get ahead is by constantly working -- despite multiple reasons why that’s not true.

Seek Help with Your Company's Paid Time Off

To get more assistance with your company’s paid time off policy and practices, talk with one of our representatives. We offer an array of benefits services, and the field naturally includes discussing paid time off policies. Our representatives would be happy to review your company’s policy with you and brainstorm ways to encourage employees to make the most of their PTO.