Many of the Presidents ideas can (and will) be put into effect through unilateral actions by the administration, while others, which would undoubtedly have even more impact, will require Congress to enact legislation. Congressional actions could include the following proposals put forth by the administration: 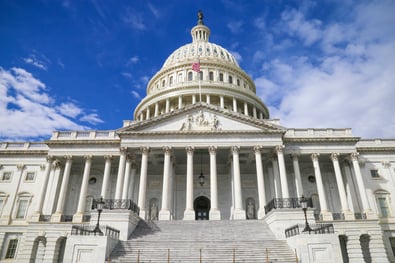 Additionally, in cases where there is only one drug approved by the FDA for treatment, if that one drug is patented, its manufacturer often exploits that fact to charge prices that would otherwise never fly in a true competitive market. Solving for situations such as this requires more aggressive action.

Two additional points that the Trump Administration might consider, as pointed out by Henry Miller and John Cohrssen in a recent Fox News article:

1. The FDA should modernize its drug review process to approve drugs more rapidly to increase the pool of available treatments and vaccines. This could be accomplished with the use of “accelerated approval” which allows the FDA to issue a “conditional approval” of a new drug that is intended for serious or life-threatening diseases for which there is an unmet medical need.

2. Reciprocity of drug approvals based on approval by foreign regulatory agencies that have approval processes comparable to the FDA’s. This would be another option to lowering regulatory costs and  increase competition and access to a greater number of drugs on the market in the US.

What Employers Can Do Today

Trump’s proposals follow a long line of other strategies employers, carriers and pharmacy benefit managers have instituted to control the alarming rise in the cost of Rx. Absent the passage of any meaningful legislation on prescription drug reform, there are still many strategies employers can enact in an effort to tame the cost burden of prescription drugs on their benefit plans. While the options open to employers vary based on the size of the company, in general these include:

Experts who study drug pricing are encouraged (as are we) that the discussion has moved from angry protests to more sophisticated proposals. Detractors of the plan predict that it will achieve very little, primarily because it doesn’t ask Medicare to directly negotiate drug prices. Supporters of the plan believe that if it’s enacted, it will represent a “sea change in pharmaceutical pricing policy, one that will have a significant effect on drug prices in the future.”

Employers, consumers and insurance providers will all benefit if Congress and the President can work together to implement these sweeping reforms.