Why Workplace Harassment Training is So Important 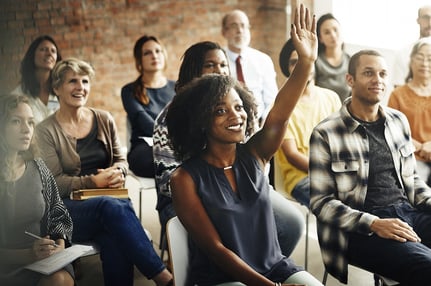 Most employers in America have some kind of workplace harassment training in place. The majority of the time, it’s hokey, outdated videos full of unrealistic scenarios that completely miss the nuances of personal interaction, followed by a series of questions with very obvious answers. Pretty much anyone could correctly answer those questions without actually paying attention to the videos. We all know the “right” answers because they’re so obvious.

The recent sexual harassment allegations in the news have left many business owners and HR departments wondering what they can do to improve sexual harassment training in their companies, while enduring push back from staff who are dreading yet another terrible seminar.

It’s important for every company to have effective workplace harassment training and subsequent guidelines for how to handle accusations, as not doing so can leave you vulnerable to lawsuits. But not having proper training and procedures can also create a breeding ground for workplace harassment, giving rise to employees feeling unsafe at work, which doesn’t create the type of environment people enjoy working in — and it’s definitely not the kind of place that recruits and retains the best talent.

Workplace Harassment in the News

Sexual harassment has been prevalent in the news lately, as more and more women (and men) are coming forward about their experiences with workplace harassment. Discussions of harassment and assault have been picking up momentum since the summer of 2016, when 24 women made assault or harassment allegations against then-presidential candidate Donald Trump.

Amidst the Harvey Weinstein accusations came the #MeToo movement that overtook social media for days on end, with women sharing their experiences with sexual harassment both in the workplace and in their everyday lives.

More recently, over 300 women working in film, television, and theatre banded together to form an initiative called Time’s Up, which aims to address “the systemic inequality and injustice in the workplace that have kept underrepresented groups from reaching their full potential,” by partnering “with leading advocates for equality and safety to improve laws, employment agreements, and corporate policies” in order to “help change the face of corporate boardrooms and the C-suite; and enable more women and men to access our legal system to hold wrongdoers accountable.”

Following Al Franken’s resignation and multiple accusations made against House members, Congress even passed a resolution mandating sexual harassment training for all senators and staffers — a stricter update to the voluntary policy that existed prior.

Harassment Training as it Stands

In 2015, the Equal Employment Opportunity Commission (EEOC) created a task force to determine how effective workplace harassment training had been over the past 30 years. In the report of their findings, they concluded that “Much of the training done over the last 30 years has not worked as a prevention tool — it's been too focused on simply avoiding legal liability.” 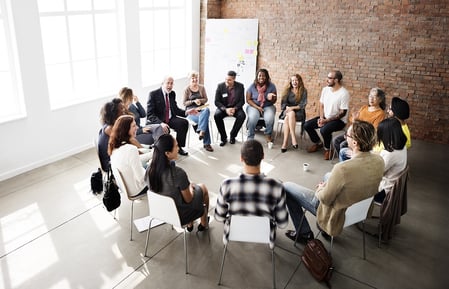 Many employers are simply trying to check something off their to-do list by doing the legally required minimum and then purchase insurance to cover them in the event an employee sues for sexual harassment. According to American Public Media’s Marketplace, employment practices liability insurance has ballooned to a $2 billion a year industry.

The problem is, the majority of the sexual harassment training is ineffective because well, it’s pretty bad. Laughably bad, even. Employees typically have to watch a series of videos that are incredibly hokey and unrealistic and then answer a series of questions — and the videos largely miss the subtleties of personal interactions both in and out of the workplace.

How To Not Make Sexual Harassment Training Hokey or Lame

As women all over the country tweeted and posted #MeToo on their Facebook walls, many employers began to question their own possible workplace harassment issues. This movement has given us all a prime opportunity to have serious discussions about workplace harassment and form action plans on how to stop and actively prevent harassment from being an issue in our own organizations.

For many, this means reassessing the current sexual harassment training procedures, as well as guidelines for what constitutes harassment and how supervisors and human resources personnel should handle accusations.

The EEOC provided recommendations in their report, saying that “one size does not fit all: Training is most effective when tailored to the specific workforce and workplace, and to different cohorts of employees. [...] when trained correctly, middle-managers and first-line supervisors in particular can be an employer's most valuable resource in preventing and stopping harassment.”

If you’ve been requiring sexual harassment training to simply fulfill a legal obligation, it’s likely that your employees are seeing through it. They’ll simply go through the motions so they can check it off their own to-do lists, as the EEOC alluded to in their study findings.

In order to hold meaningful workplace harassment training seminars, you’ll need to approach them from a genuine place of wanting to make sure everyone at work feels safe — and then think outside the box.

We know that the old standards (with the terrible videos and obvious tests) go in one ear and out the other — so stop doing them. The EEOC research also pointed out that people tend to become defensive if you bring them into a room and tell them all the things they’re doing wrong.

Instead, University of Connecticut psychology professor Vicki Magley recommends approaching workplace harassment training from the mindset that you’re going to figure out “how to create community, [and] how to bond with one another in productive, cohesive collaborative kinds of ways.” This keeps everyone on equal footing and doesn’t accuse anyone of misconduct, nor make employees believe their behavior is already questionable.

Along those same lines, attorney Patti Perez teaches a course on workplace harassment in a specific effort to combat the awful harassment videos from the 90’s and actually get the message across.

First, participants are “introduced to harassment concepts and receive practical coaching on how to spot and address the kinds of workplace conflict that give rise to harassment claims and hurt team 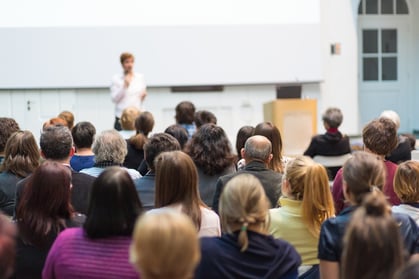 performance.” Then, they learn how to apply this knowledge in the context of videos inspired by real-life harassment cases. Employers can even customize the video portion of the course for their specific workforce from their extensive library.

On a more light-hearted note, one woman developed a test suggesting that, in workplace environments, people should imagine Dwayne “The Rock” Johnson instead of a woman. As in, if you wouldn’t say it to The Rock, you shouldn’t say it to a woman in the workplace. It’s certainly not an official training course that will fulfill any kind of legal requirement (although Johnson actually endorsed it and people across social media have shared it hundreds of thousands of times), but perhaps this is a light anecdote that could break the tension and help you introduce alternative methods of getting employees to think about what they say before they say it.

If sexual harassment has been reported in your company (or you know it’s going on, but no one is willing to come forward), now is the time to take action. The incidents you’re aware of could be isolated, but remember — where there’s smoke, there’s fire. If it’s happened once, it’s probably happened additional times. At this point in history, it’s crucial that everyone — CEOs, CHROs, and officiating boards — take a good, honest look at their company culture to determine if policy or people are perpetuating the problem of workplace harassment.

And of course, you must be willing to make changes where necessary. This may mean rewriting the employee handbook, writing stricter harassment guidelines, and even letting some staff members go. No matter what, make sure you’re actually following the policies you write, both by investigating harassment claims, and holding every single employee (from the top down) accountable for their actions. It’s easy to write a policy, but it’s another entirely to enforce it, and employees will recognize the difference.

Investing in sexual harassment training like Perez’s course could make a noticeable difference in your workplace, both by cutting down on harassment and changing your company culture to reject its occurrence in the future. You may find you’re able to retain a more diverse workforce and even attract better talent.

The most important thing to remember is that, at its core, workplace harassment training is about creating an environment where everyone feels safe and able to thrive professionally. Effective harassment training will not only define "harassment," but it will demonstrate what constitutes harassment, as opposed to flirting among coworkers on equal footing or a passing compliment. Sexual harassment training should not be seen (or promoted) as punitive, but instead, as a time for everyone to learn.

Have you found effective workplace harassment training seminars? Leave us a comment below or contact us. We’d love to hear what’s working for you!