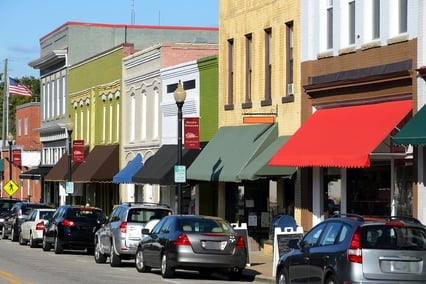 Employers have been struggling to find the best way to provide affordable health benefits to their workers for many years now. One promising option, especially for those with smaller workforces, is to offer insurance through multiple employer welfare arrangements (MEWAs) and association health plans (AHPs).

The idea behind MEWAs is to bundle small groups into a larger community, thereby spreading risk over a larger and more diverse pool of covered individuals. It’s the same principle large employers benefit from by way of lower insurance premiums.

If your small business is looking for cheaper healthcare options, MEWAs and association health plans may be good options for you to investigate.

What is a MEWA?

MEWA stands for multiple employer welfare arrangement, but is also sometimes referred to as a multiple employer trust (MET). MEWAs allow small employers to essentially team up to create a larger pool of employees to capitalize on the economies of scale that larger employers enjoy. This could mean as few as two employers in the group, or as many as deemed necessary to form a large enough employee pool.

Each employer gets a say in plan design, as well as plan offerings. If one employer has an older population who prefers more traditional plans, they can request such for their workforce. If another employer has a younger workforce for whom high deductible health plans would be more appealing, they could request more consumer-driven healthcare options for their employees. With these groups banded together, the premium costs should be lower than if each employer tried to get insurance on their own.

Before you choose to join in or form a multiple employer welfare arrangement, be sure to check with your employee benefits advisor and your legal counsel to see what local or state regulations you need to follow. While they’re legal on a federal level, not all states participate in such programs. Some states allow them, but have placed certain restrictions on them. MEWAs are subject to the standards and regulations set forth by the Employee Retirement Income Security Act (ERISA), as well as the Health Insurance Portability and Accountability Act (HIPAA).

MEWAs have been around for a long time, but were made more popular in part because the ACA put measures in place to restrict their abuses and allow more uniformity across states. ACA regulations imposed “reporting requirements on MEWAs, [...] criminal penalties on MEWA fraud, and authorized the Department [of Labor] to take immediate action to address fraudulent MEWAs.” Generally speaking, the ACA treated MEWAs as regular group plans and required that each plan follow the rules for basic essential coverage under the law.

Prior to ACA regulations being set forth, multiple employer welfare arrangements sometimes led to fraud, embezzlement, and funds that seemed to simply disappear. While ACA regulations have curbed a lot of the abuses, you should still make sure you’ve spoken to your benefits advisor and legal counsel to ensure you’re protected in the event of a major dispute or catastrophic event.

What is an AHP?

Association health plans (AHPs) are a more specific type of multiple employer welfare arrangement. Much like with general MEWAs, they’re formed when multiple employers come together to form a larger group for health insurance purposes. They are also sometimes offered through a trade organization as a benefit to being a member.

As a result, AHPs are most often organized based on a common interest or industry, such as a trade, multiple chambers of commerce, or two small businesses operating within the same line of work (like a group of bakeries or farmers).

How Association Health Plans are Changing

Association health plans have been pushed back into the news cycle because President Trump signed an executive order requiring the Department of Labor to loosen restrictions on these types of MEWAs. 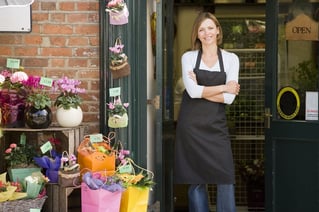 Basically, the order exempts association health plans from ACA regulations requiring basic essential coverage and expands the rules for who can form an AHP, allowing employers to cross state lines (so bakers in Indiana could be in an AHP with bakers in Iowa) or venturing outside your industry (meaning that bakers in Iowa could form an AHP with farmers in Iowa). This also means that sole proprietors could band together instead of being forced to purchase through the ACA marketplace.

The new regulations carry obligations and important details for employers to understand before entering into such an agreement. To distinguish single plan AHPs from private health insurance arrangements, the proposed rule would require AHPs to satisfy the following conditions:

The proposed rule would also require association health plans to comply with the pre-existing conditions nondiscrimination requirements already laid out by the ACA. These requirements would prohibit AHPs from restricting membership-based health factors, nor could the AHP require an employer or its employees to pay a different premium or contribution amount based on health reasons. Therefore, an AHP couldn’t exclude an employer who wished to be in the group based on the fact that one of its employees has a serious or chronic health condition, nor could they require the employer or employee to pay more based on the health condition.

Critics say the executive order will further destabilize the individual insurance market and cause prices to increase, as fewer people may be purchasing insurance through the ACA marketplace. For example, sole proprietors, who (prior to the executive order) had to purchase their health insurance through the ACA marketplace can decide to join association health plans, thus taking them off the individual market.

In addition, some believe the deregulation of association health plans will open them back up to abuses the ACA tried to end. For example, associations could design their plans in a way that makes them unattractive to those with greater health needs and therefore, discourages them from enrolling (which would not technically violate nondiscrimination regulations).

AHPs may also opt not to cover certain types of treatment, such as prescription drugs or mental health coverage as a way of keeping premiums low and discouraging enrollment of employers with sicker workforces or self-employed individuals.

However, supporters say that small business owners, sole proprietors, tradesman, and their employees will have more affordable access to health insurance. Unfortunately, only time will tell how effective this action is in either lowering premiums or expanding coverage to a larger group of people.

The rule could also affect individuals who qualify for, and receive, marketplace subsidies while working for a small employer who does not offer health coverage. Under ACA regulations, individuals who are offered “affordable” employer-sponsored coverage that meets minimum value standards are prohibited from 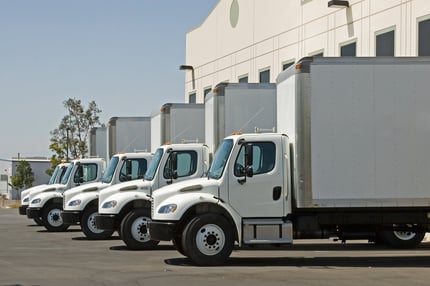 receiving subsidies to purchase coverage through the marketplace (even if their income is within the acceptable range).

If small employers choose to join association health plans, individuals (and their families) who previously qualified for subsidized marketplace coverage could lose access to financial assistance.

In addressing this issue, the DOL notes that “AHPs will also affect tax subsidies and revenue and the Medicaid program. While the impacts of this proposed rule, and of AHPs themselves, are intended to be positive on net, the incidence, nature and magnitude of both positive and negative effects are uncertain.”

It’s also possible that some employees who are already Medicaid-eligible may be able to enroll in AHPs, which could have an impact for a significant amount of people. According to Health Affairs, “2 million individuals enrolled in Medicaid or CHIP in 2015 were working owners or dependents and 6 million were employees of small businesses that did not offer coverage.”

If you’re thinking of joining an existing multiple employer welfare arrangement or association health plan, or would like to form a new arrangement with your colleagues, it’s important to consider a few different factors.

First of all, consider how it will affect your business’s bottom line. If you’re thinking of offering health insurance for the first time, MEWAs could be a good way of getting your foot in the door without spending as much money as you initially expected. It may allow you to recruit and retain better talent without going the traditional insurance route. If you already offer small group health insurance, you may find MEWAs help you save money.

Second, consider how it will affect your employees. If you aren’t currently offering insurance and part (or all) of your workforce qualifies for marketplace subsidies, you may not be doing them any favors by starting to offer healthcare plans. You won’t know unless you ask them if such a thing would be of any interest to them.

It’s always a good idea to consult an employee benefits advisor, a lawyer, and an accountant before making decisions like this. They’ll have the knowledge and expertise to help you figure out what a MEWA or AHP would look like for your employees and your bottom line..

What questions do you still have about MEWAs? Are you thinking of forming an association health plan? Leave us a comment below or contact us. We’d love to hear from you!