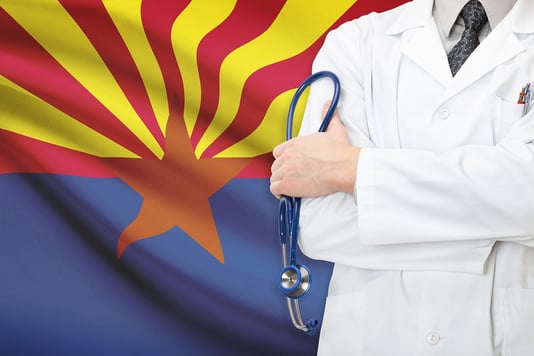 State lawmakers are currently reviewing a piece of legislation that could improve Arizona healthcare for a number of residents. Senate Bill 1441 seeks to solve a common Arizona healthcare problem: surprise medical bills from out-of-network physicians after receiving treatment or having surgery through in-network providers. It’s a frustrating (and confusing) situation, especially for those who have done their research beforehand to make sure all providers were covered by their insurance policy. How are people getting unexpected bills? And what will this legislation do about it?

In the state of Arizona, people seeing in-network doctors and utilizing in-network hospitals systems frequently receive surprise bills from out-of-network providers. It’s become a common Arizona healthcare narrative these days. If it hasn’t happened to you, you probably know someone who has encountered this issue in the past.

How does this happen? Well, it’s actually pretty complicated.

Let’s say you need surgery. You do your necessary diligence by researching the hospital, the surgeon, and the other doctors you know you’ll be in contact with. You make sure they’re all in-network so you’re minimizing the bills you receive after the fact. Everyone (including the hospital network) is covered. You should be all set, right?

Not necessarily. As it turns out, hospitals contract outside personnel if they need a shift covered, which is not inherently a problem. After all, it’s important to have enough staff on hand to care for patients. The problem most often occurs when these contracted workers are not included in the hospital’s network because they are not technically hospital employees. So as the patient, you checked out everyone you could — but you couldn’t predict that the anesthesiologist filling in for your surgery wouldn’t be included in your network.

After the surgery, you get a bill from the anesthesiologist (not uncommon in and of itself, they are frequently billed separately), but this particular bill wasn’t touched by your insurance company because the doctor is out-of-network. Or if they did agree to pay a portion of the bill, you’re on the hook for a far larger amount than if the doctor were in-network.

Currently, patients have very little to help them when surprise bills like these arrive. Disputing the bill is basically a nightmare because the doctor doesn’t want to take less money than they billed you for and the insurance company doesn’t want to pay more. Patients are left at a dead end with a bill they’re forced to pay that they’d done everything they could to prevent.

SB 1441, introduced by State Senator Debbie Lesko (R-Peoria), creates a way for patients to dispute a charge of $1,000 or more from an out-of-network doctor when the person did everything they could to make sure the doctors were in-network — or if the case were emergent and the patient did not have a chance to look up the information (such as after a car accident or during a major medical episode).

The State Department of Insurance would first set up a call between the insurance company, the service provider, and the patient to see if they could come to a compromise on price. Lesko says that in many cases, the patient would be responsible for a co-pay and the deductible. If no understanding is reached, an arbitrator would be assigned to the case.

The legislation is based on a system already in place in the state of Texas. In Texas, 94 percent of cases are settled prior to the arbitration stage. If arbitration is unsuccessful, patients can appeal to the Arizona court system.

SB 1441 was passed by the State Senate on March 1, 2017 and now goes to the House for consideration. If the House passes the measure, it will go to Governor Ducey’s desk. 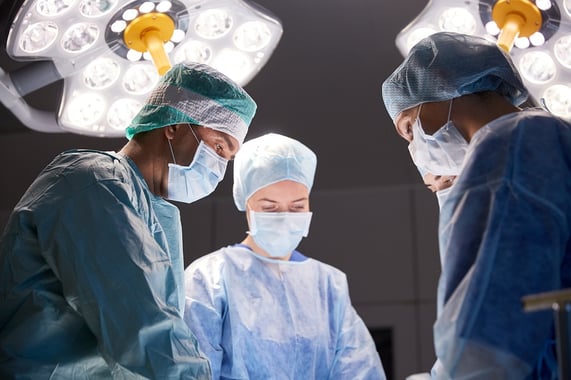 The Impact of SB 1441 on Arizona Healthcare

While this bill may not go as far to protect patients as some may prefer, it’s certainly a step in the right direction. Arizona healthcare has been getting inadvertently more expensive for quite some time now and it’s encouraging to see that the state legislature seems interested in helping solve this problem.

If Governor Ducey signs SB 1441 into law, employers and benefits brokers alike may find they spend less time getting caught in the middle of surprise bill disputes. When an employee gets a bill they weren’t expecting, the first call they make is usually to human resources, as HR personnel are considered to be experts on your employee benefits package. The HR person will then call the benefits broker and hours will be spent researching why this bill has been populated — mostly to no avail, as there are currently no processes in place to assist the employee.

If the Governor signs the bill, the individual would have some course of action to settle the bill for a lower amount. While there still may be questions as to why the bill was sent, there will at least be a way to solve the problem. There will be a phone number to call and a procedure in place.

Of course, this bill wouldn’t really go into effect until 2019. Systems like this require infrastructure and will take time to set up, but once it is, we believe it would be an asset to the citizens of Arizona. Some people receive bills for $10,000 from anesthesiologists after surgery — an amount most Americans would have trouble paying, especially those with low or fixed incomes. If individuals receiving such bills has legal standing for a dispute, they may be able to save themselves a few thousand dollars.

If you have an opinion about this Arizona healthcare bill, be sure to contact your state legislators to let them know.

Have you received a surprise medical bill? Would this Arizona healthcare legislation help you? Leave us a comment below or contact us. We want to hear how this bill would affect you.