Voter turnout in the 2018 election was the highest our country has seen for a midterm election in the last century. Despite this, voter turnout in the U.S. remains lower than in other developed countries. In fact, during the past century, U.S. voter participation has hovered within a 12-percentage point range, from just under 50% in 1924 when Calvin Coolidge won, to over 61.6% in 2008, when Barack Obama won the White House.

While many factors contributed to the record rate of participation in the 2018 midterms, one notable action was that hundreds of companies, including Gap, Patagonia, and Target, encouraged their employees to vote. (Some companies even launched voting programs directed towards their consumers.)

As we've addressed in other blog posts, this dynamic of politics in the workplace requires delicate handling. After all, taking a partisan approach to civic engagement can alienate both employees and customers in today's hyper-partisan environment.

Nevertheless, a Harvard Business Review study suggests a "sweet spot" for companies who want to support the vote: being pro-democracy and pro-voter, without being partisan. Furthermore, there's evidence that companies who support and encourage political engagement derive a multitude of benefits.

Companies that participated in the Harvard Business Review study, for example, not only helped get more voters to the polls but also helped to raise their brand awareness, strengthened their relationship with their employees and consumers, and even elevated their companies with elected officials. These companies' initiatives elicited positive feedback on social media, in stores, and through employee communication channels.

Here are five ways that you, as an employer, can support getting out the vote.

Leadership and senior staff should work hard to keep their efforts nonpartisan, rather than advocating for a particular candidate, party, or measure on the ballot. Core messaging should repeat the mantra "it doesn't matter who you vote for, just be sure to vote."

After all, studies show that younger employers and consumers are more loyal to brands that take a clear stance on issues they care about – in this case, the somewhat universal embrace of participation in our democracy.

Until election day becomes a federal holiday, many working Americans will struggle with getting to the polls to cast their vote in person.

Regardless of the laws of each state, more and more employers are providing time off for people to cast their ballot, either by closing early, closing entirely or by providing more liberal time off.

Providing unpaid time off enables more people to vote without worrying about getting to work late or being tardy due to voting lines. And providing employees with paid time off to vote takes things to next level, eliminating the need for workers to have to sacrifice financially.

Either way, both of these time-off allowances create a better corporate culture since many see voting as their civic duty and want to participate. Supporting workers when it's time to cast their ballot can go a long way to improving morale.

Provide Safe and Free Transportation to the Polls

Not everyone has easy access to transportation during polling hours. Lyft has already committed to providing free rides to polling places and some city bike-share and scooter companies such as Lime are also offering free transportation options.

If your company is not in a position to shuttle employees to polling centers (or can't do so in a safe way during the pandemic), an excellent alternative is to subsidize ride share expenses. And if that's too expensive, employers can simply promote awareness of these free and discounted transportation services.

There's a tremendous amount of noise out there right now, making it difficult for essential messages to breakthrough. Fortunately, employers have a captive audience with their employees. Yet with faith in our institutions and the press at all-time lows, employees are more likely to pay attention to what their employers tell them than what they hear from most news organizations.

Employers would do well to capitalize on this trust. Employers should emphasize critical dates when it comes to voting, such as registration deadlines, absentee ballot deadlines, and early voting dates and hours of operations.

In the days leading up to the election, employers might consider help employees identify their local polling places, as well as letting them know what identification they will need when voting.

Promote an Engaged Workforce as a Valued Work Behavior

Some employers weave civic engagement into the fabric of their culture. Warby Parker, an online glasses retailer, even incorporates voter registration into its onboarding process. Warby Parker's founders are on record as stating "This basic level of civic engagement is expected by our employees…and consumers."

Employers who embrace civic engagement in this manner might want to make it easier for employees to register to vote by keeping forms in the office or by sharing a registration link on their intranet or company newsletter. These employers might also want to remind employees to update their registration information when they notice they have moved and/or changed their name.

Either Way, All Efforts Are Meaningful

Regardless of how many resources employers can invest in civic engagement, every little bit helps, whether you are starting from the lowest rung on the ladder and building up over time, or you are all-in from the beginning, across multiple platforms and investment levels.

For some companies, a first-year effort might be as simple as a reminder to vote on election day, while for others who have been at this a little longer, it could be reminders about voter registration locations and deadlines, education on the issues, and free transportation to the polls.

We hope that you've found this information helpful as the calendar winds down to what is sure to be an historic election. 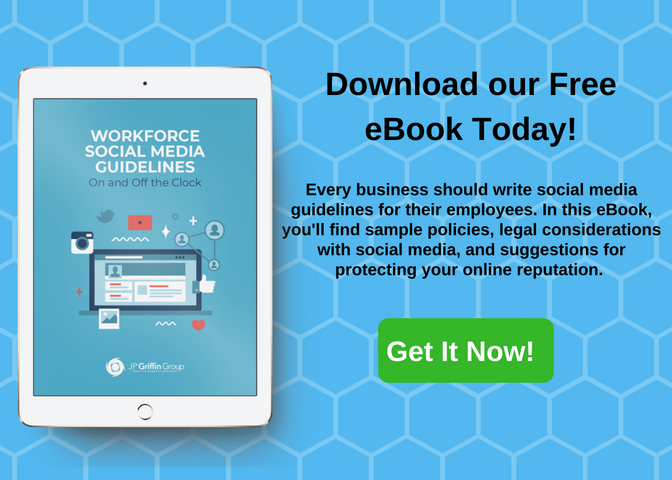