How Does Healthcare in Europe Work? 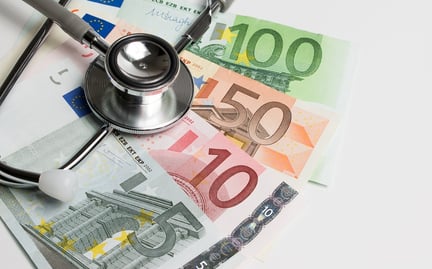 The American healthcare system functions pretty differently than healthcare in Europe — and most healthcare systems in other first world countries, for that matter. With the ongoing healthcare debate in America (from repealing and replacing the Affordable Care Act to Senator Sanders’ Medicare-For-All proposal), many people have begun to ask why we can’t have a system like Canada, the U.K., France, or most other European nations. In order to decide whether or not those types of systems would be suitable for America (a debate we will not delve into here), we first have to understand how healthcare in Europe works.

How Healthcare in Europe Works

Generally speaking, most European nations (in addition to others around the world) have some type of universal healthcare. According to the definition provided by the World Health Organization (WHO), this means that everyone has equal access to quality healthcare that improves the health of patients and that seeking such care would not cause financial harm to those receiving it.

While it’s easy for Americans to generalize European healthcare into one giant conglomerate of universal coverage, there are actually many different systems across the continent. Each country has figured out their own way of organizing their insurance companies, doctors, and hospital systems. But regardless of country, healthcare in Europe is designed with the same goal in mind: to make sure every person has access to basic health services.

Given that European nations have all been around far longer than America, they’ve tried almost every possible scenario and, for the most part, they’ve landed largely on three systems: single-payer, socialized, and privatized, but regulated. Of course, there’s quite a bit of variety between countries and no two systems are alike.

One of the major similarities across healthcare systems in Europe  is that all citizens are included. Even in partially privatized systems, an individual mandate is in place (and strictly enforced) to ensure that healthy people are in the system to help offset the costs of sick people. Another commonality is that healthcare in Europe (regardless of system) is largely funded by tax dollars collected from employers and the public.

In many cases, this is through a simple payroll tax, similar to what Senator Sanders has proposed in his Medicare-For-All plan and how we already fund Medicare today. However, there are always other sources, including (but not limited to) earmarked Federal funds coming from income taxes, the insurance companies themselves, and additional taxes on tobacco and alcohol (similar to what some U.S. cities have called “sin taxes”).

In a single-payer system, the government funds a type of universal health coverage (meaning that the government is a health insurance provider), but most healthcare is actually provided by private entities. Hospitals are typically privately owned (although there could be some government run hospitals) and doctors operate their own practices.

Canada (while not actually a European nation, is still under Queen Elizabeth’s rule) falls into this category. Citizens often purchase private insurance plans (as their incomes allow) to supplement the government provided healthcare.

In fact, about two-thirds of the population purchases some kind of supplemental policy or enrolls in employer-sponsored healthcare that “cover services such as vision and dental care, prescription drugs, rehabilitation services, home care, and private rooms in hospitals.” Policies that would essentially duplicate physician and hospital services (like dual coverage in America) are not available.

Although not entirely accurate, when most Americans think of healthcare in Europe, they’re thinking of a socialized system. In this type healthcare system, the government typically has control of both health 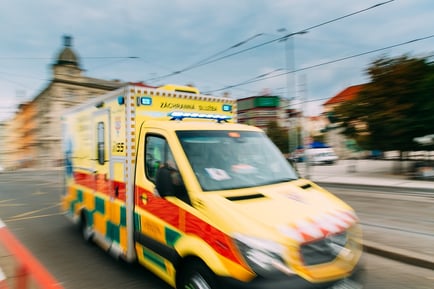 insurance and the providers within the industry. The government is essentially the only health insurance provider. It also runs (and owns) hospitals and employs healthcare providers, like doctors.

Britain, France, Italy, Norway, Spain, and Sweden use variations of this system. Every citizen is enrolled in the national healthcare system and a good portion of medical services are provided free of charge by doctors who are employed by the government.

In some (if not all) of these countries, there is some room for private insurance companies to operate and for doctors to run private practices. Of course, only those who can afford it would be able to purchase supplemental policies or pay to see doctors not employed by the government. In most cases, these policies are used for elective procedures and the doctors are specialists not included in the government system (although there are specialists within the system).

France, for example, has a substantial private system mixed in with their statutory health insurance system (SHI). Many French citizens gain eligibility for SHI through employment, but  students, retirees, and unemployed adults who were formerly employed (and their families) are granted SHI eligibility as a benefit. It’s rare for individuals to be granted an exemption from SHI.

Private health insurance can also be purchased as a supplement to the national healthcare system. These policies generally help cover the cost of “copayments for usual care, balance billing, and vision and dental care ([which is] minimally covered by SHI).” Oftentimes, these policies are purchased through employers and have varying degrees of quality that depend, in part, on the industry in which the employer operates. Some may be more expensive and provide better benefits, while those who couldn’t afford such policies may end up paying more out-of-pocket.

But France didn’t want some people being able to access better care than others — since part of the point of universal coverage is that everyone has equal access to quality care. So legislators passed a law in 2013 to help “reduce inequities in coverage stemming from variations in access and quality” among private policies.

The law mandated that by 2016, all employees would split the cost (50-50) of employer-sponsored insurance, which would help cover up to 125 percent of dental costs and €100 of vision costs (again,not typically paid for by SHI).

This type of system is essentially how Medicare, Medicaid, and the Veterans Affairs healthcare concepts are framed. Basic health insurance is provided through the government and supplemental policies can be purchased through private insurers, where available — although because Medicaid is for very low-income citizens, one would assume enrollees would be unable to afford supplements.

In many healthcare systems across Europe that allow for private policies, the structure is similar to what Americans are accustomed to, in that policyholders are responsible for coinsurance, copays, and balance billing.

Another variant of healthcare in Europe is Germany’s system, which probably offers the most options in terms of privatization and public options. Employed citizens earning less than €57,600 annually (about $66,900) are required to be enrolled in the German public health insurance option (as in France, called statutory health insurance, or SHI). Their dependents and spouses (if not employed) are covered as well at no additional cost.

Those making more than that amount are allowed to bypass the public system to purchase private health insurance, although the vast majority of Germans choose to keep the public option. The main exceptions to this rule are the self-employed and civil servants, who are the largest purchasers of private insurance.

How Some Healthcare in Europe is Similar to the U.S. Healthcare System Under the Affordable Care Act

The Netherlands and Switzerland have systems very similar to the American Affordable Care Act (ACA), in that health insurance is mandated (and strictly enforced) to all citizens, but insurance is not provided by 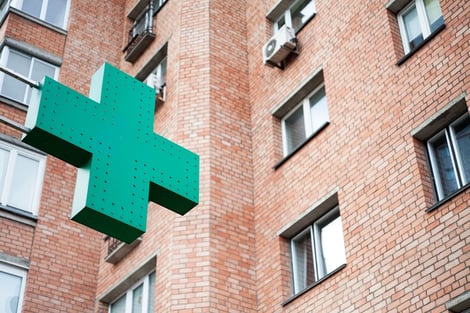 the government. Citizens are free to purchase insurance through whatever company they choose. Just like the ACA, insurance premiums are partially funded through subsidies provided by the government (through taxes) so that policies are truly affordable for everyone.

Because every citizen has to legally obtain health insurance, no insurer is allowed to refuse anyone for any reason. There is less regulation on supplemental policies, as they are not required by law, so it’s possible that people could be denied coverage on those policies based on health information and history.

This model means that there are some out-of-pocket costs, such as a deductible, coinsurance and copays, but the costs are nowhere near what Americans pay and the system is far simpler.

In Switzerland, deductibles can range from 300 Swiss Francs (CHF, currently similar in U.S. dollars) to CHF2,500 (with higher deductible plans yielding lower premiums). After hitting the deductible, there’s a flat 10 percent coinsurance charge for all services and prescriptions with the exception being a 20 percent coinsurance charge for brand name prescriptions (for which there is a generic alternative available) and inpatient hospital stays, which is CHF15 per day (based on 2015 data). However, coinsurance is capped at CHF700 for adults and CHF350 for children ages 18 and under.

What This Means for Employer Provided Benefits

Employee benefits still hold a place in Europe, but certainly not to the extent they do in America. In most cases, healthcare in Europe (regardless of the type of system) only covers medical care — and in some cases, very basic medical care, at that. In nations where insurance and healthcare are at least partially privatized (and where it’s legal to do so), some companies offer employer-sponsored health insurance to supplement the government mandated policies.

These types of plans frequently include dental or vision insurance, policies that expand their network of doctors or covered services (like mental health), or premium-type plans that bump enrollees to the front of the line for elective or non-emergent procedures.

Is Healthcare in Europe Better Than in the U.S.?

Whether healthcare in Europe is really “better” simply depends on how you look at it and the metric being used. One of the main complaints of universal-type coverage is the wait time to see doctors for non-emergent conditions (this is especially true in Canada). Opponents of these systems typically list this as a major reason for wanting to keep the existing U.S. system.

However, most people who live in countries offering such systems much prefer it to what American citizens deal with. They may have to wait a few days to see a doctor, but they also don’t have many out-of-pocket costs associated with their healthcare — and when they do, it’s substantially less than what Americans pay. 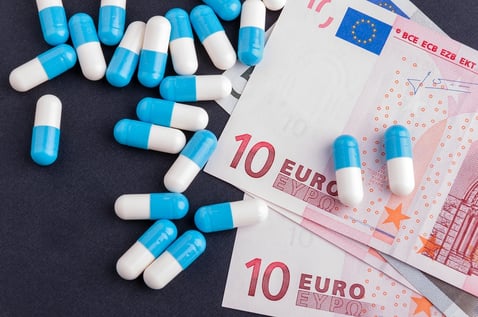 For example, in France, the copay for a night in the hospital is €18. In America, you can hardly get a prescription for $18, let alone anything involving a hospital stay. A night in an American hospital could easily cost policyholders thousands of dollars.

The other major drawback opponents of universal care bring up is higher taxes. The tax burden associated with healthcare in Europe varies by country, but in some places, citizens forfeit half their salaries. This seems extensive to Americans — and it’s definitely a lot — but in many cases, the amount those citizens pay in taxes is similar or equal to the amount Americans pay for taxes plus health insurance premiums. So in the end, their salaries could end up being similar, but Europeans would have fewer out-of-pocket expenses, as Americans would have higher copays, coinsurance, and deductibles hanging over their heads.

And of course there’s the argument that capitalism has provided room for medical innovation and competition among American researchers and hospital systems. Some of the best hospitals in the world are located in the U.S.: the Cleveland Clinic, Johns Hopkins, the Mayo Clinic, and Massachusetts General, to name a few.

It’s fair to say that no system is perfect. Healthcare in Europe has strengths the U.S. system doesn’t, and vice versa. Each country has to work out a system that works the best for them, which takes time — and given that the U.S. is still quite young by comparison to most European countries, it’s likely that we have a long way to go in determining what works best for us.

What advantages does healthcare in Europe provide for employers? Leave us a comment below or contact us. We’d love to hear from you!