Well that was a close one! If anyone missed it, the Supreme Court of the United States last Friday held in favor of the defendants and found subsidies included in the Affordable Care Act (ACA) applied to all states and not just the ones that set-up state-run Exchanges.Did anyone really expect this 30,000+/- page body of work to fall, based upon the interpretation of just a few words? 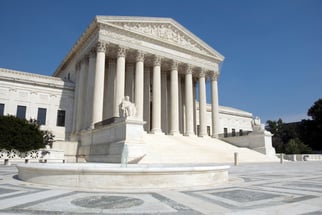 Regardless of your feelings about this latest ruling, or the law in general, most folks agree that it is time to move on. The last four years have been action packed and filled with non-stop controversy regarding this law. In the end, another four years of confusion and uncertainty won't help the citizens of this country.

While there are many aspects of the law that make absolutely no sense and are terribly problematic, there are also many aspects that are great: guaranteed issue, no medical questions for enrollees, 100% coverage for preventative services and streamlined enrollment are all good things that have come from the law. Mandates, reporting and penalties are areas that will require years for individuals and employers to fully understand and fully comply at it is time to move on. The last four years have been action-packed and filled with non-stop controversy regarding this law. In the end, another four years of confusion and uncertainty won't help the citizens of this country.

While the law has succeeded in addressing the problem of access, it has done little or nothing to address the biggest problem ailing our healthcare system: cost. "Americas Bitter Pill", written by Steven Brill, is a truly insightful analysis of the politics and back room deals that were reached in order to pass the ACA and create the law. What’s clear is that the American pharmaceutical and hospital industries managed to get one of the best deals in the history of the country.

Just consider that the federal government is the largest purchaser of pharmaceuticals in the world through Medicare, yet the law prohibits them from negotiating price. I think most would agree that this is ridiculous. Additionally, emboldened by the ACA, we are currently witnessing a gigantic land grab in the hospital industry as hospital chains and managed care organizations snatch-up smaller facilities, hospitals and doctors' practices with little discussion of antitrust.

History has shown that as competition decreases, cost for services go up. We are already witnessing the genesis of this as these mega chains flex their muscles in negotiating higher reimbursement rates. This is all done under the cover of the ACA and reduced expenses through outcomes-based pricing. It is simply unrealistic for the system to function outside the normal transparencies of competition.

Additionally, new and quite expensive treatments such as Sovaldi for Hepatitis C will create unsustainable cost pressure on an already fractured system. Cost is the overarching problem lurking in the background – a problem exacerbated by the ACA, and it will be the downfall of the system if left unchecked.

Competition and cost transparency are the very best solutions that need to be drawn to the forefront to bring healthcare pricing within realistic levels. Our current cost challenges all began back in the 1970's with the advent of Preferred Provider Organizations (PPO's). The business proposition of the PPO made perfect sense: insurance companies cobbled together small groups of preferred providers and promised them large groups of patients. In return, the “preferred providers” promised significantly reduced fees to provide this care. Insurance companies soon realized they could sell more policies if their networks were bigger. Medical facilities quickly realized that if they promised to provide a "discount", they could become part of these networks and provide care for these patients.

The reality is that the "discount" was simply a cover for highly inflated actual charges. Additionally, as part of these agreements, true costs became convoluted, confused and hidden. Without competition and transparency, costs began their monumental climb from the 1970's to current levels. The ACA now attempts to introduce a new scheme by way of something called Accountable Care Organizations (ACO’s). Unfortunately, these ACOs do little to address true costs and in many ways will serve as a further catalyst to an unsustainable model.

I challenge you to define another product in the open marketplace that is priced and paid for like healthcare. The free market allows various vendors to sell many products within a market, and for consumers to purchase these products based upon the value represented within the offer. Imagine the result of going to purchase a box of Fruit Loops at the local market only to have the cost represented as "50% off" with no correlation to what you would ultimately pay. To add to the confusion, you wouldn’t get the actual bill for the Fruit Loops until after you've eaten the whole box. How would it be possible for an everyday family to manage their monthly food budget? They simply couldn't. This is exactly the system we currently operate within when purchasing medical care. Hidden prices, baffling discount schemes and bewildering billing practices.

The pressures of unsustainable costs are poised to force a change within this market. It simply isn't realistic to expect a family to spend upwards of $25,000 annually for healthcare. Reference based benefits and reference based pricing are the beginning of a new system which clearly has the ability to bring transparency and competition to the forefront of the American healthcare system. These programs set reimbursements on actual costs versus the hyper-inflated reimbursement arrangements currently used. Remarkably, this is the current basis for Medicare reimbursement rates. These are not new or unknown processes; they have just not been allowed to make their way into the public sector. As the complexity of the cost problem becomes more relevant, additional solutions will surface, forcing medical costs to succumb to market forces.

With the SCOTUS decision behind us, it is our hope that political and market forces can get to work at solving the most important challenges facing us all. While we wait for these forces to align, there fortunately are many actions that can be taken to protect your employees and your bottom line:

Access to healthcare was a huge problem for many: the ACA put that to rest, for the most part. Now we need to turn our attention to taming runaway costs, but time is of the essence. Don’t be afraid to be an innovator or at a minimum, a fast follower in this regard. While you might not get it perfect the first time, you’ll still be ahead of the game.