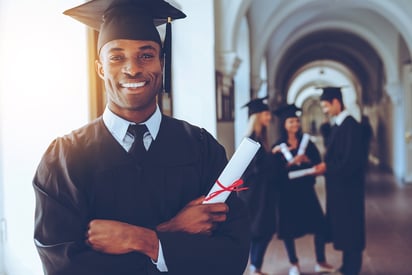 Anyone can open a 529 plan for any person, including themselves, and beneficiaries can be re-designated at any time without penalty. For example, if funds weren’t used entirely for one child, you can re-designate them to another, or to a niece or nephew.

Contributions are made on a post-tax basis. Earnings are not subject to federal capital gains tax and withdrawals for the purpose of paying college-related expenses are generally exempt from state taxes. However, individual state law determines whether contributions are deductible on tax returns when used for qualified expenses such as tuition, fees, books, and room and board.

With the new tax law passed by Congress at the end of 2017, 529 plans are now also allowed to be used for tuition at private schools offering Kindergarten through 12th grade education. This means that parents with children in private schools may be able to get a tax break by using their 529 to pay for tuition.

Because of the rising cost of a college education, 529 plans are becoming one of the more common voluntary benefits being offered by employers. As with most voluntary benefits, the employer doesn’t contribute any money toward the plans, but rather, connects a broker to the employees to provide them the opportunity to take advantage the plan. However, it’s possible to contribute to your employees’ plans if you’d like. 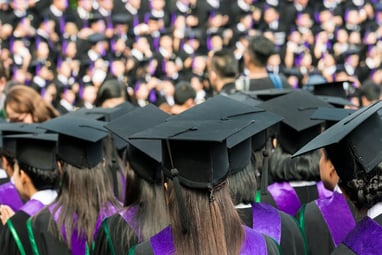 If you do choose to contribute to your employees’ 529 plans, be sure to inform them that they’ll have to pay taxes on your contributions, as it’s counted as income on their annual tax returns. However, the recently introduced bi-partisan Boost Saving for College Act would allow employer matches up to $1,000 to be excluded from the employee's gross income, which would eliminate this issue for some families, while allowing them to stockpile additional funds.

Whether or not it makes sense for you offer 529 plans to your employees might depend on the demographic makeup your workforce. If you employ a lot of people with children who haven’t attended college yet, it could be a useful benefit to them. And of course, including 529 plans in your employee benefits package may entice potential employees to apply for jobs in your organization and accept them if offered.

For employees, 529 plans encourage them to think ahead and put away money for their children’s college education. The tax advantages, as well as the investment growth, make these plans worthwhile. For employers, 529 plans are a meaningful voluntary benefit that wouldn’t necessarily cause your organization to incur extra expenses, but could prove very helpful for your employees.

College savings plans have become so important that some states have chosen to offer tax write-offs for 529 contributions, including Arizona. In fact, Arizona is one of the only states that allows you to write off 529 contributions to any state’s college tuition program — not just their own. Married couples filing jointly can deduct up to $4,000 per year, while individuals or heads of household can deduct up to $2,000. Considering that the top tax bracket in Arizona is 4.54%, a $4,000 contribution to any Section 529 plan will save a married couple a maximum of $182 at tax time. In other words, receiving the deduction is similar to a 4.54% bonus on the amount contributed.

Some parents know they should open 529 accounts for their kids, but may not feel empowered to do so on their own, or perhaps just haven’t gotten around to it — while many others have no idea what a 529 plan is. According to a 2017 poll by Edward Jones, 72 percent of Americans cannot correctly identify a 529 plan as a college savings program. Having a push from their employer, either by making enrollment easier, making a contribution, or even just helping to educate them may be invaluable.

If your workforce largely consists of 20-somethings, they may not be interested in 529 plans, but they might be very interested in help paying off their student loans. Not everyone is so lucky to have a 529 plan cover the entire cost (or even a portion) of their college tuition. Therefore, another hot new benefit being offered by employers is student loan relief.

It doesn’t have to be a lot — maybe $50 or $100 per month, but for people in their 20’s, every little bit will help. A small contribution might allow them to stay on a standard repayment plan (which assumes a 10-year payoff period) or maybe even help them pay off their loans early.

Employees who take advantage of this benefit are oftentimes very grateful and repay the company with loyalty.

Do you offer 529 plans to your employees? Leave us a comment below or contact us. We’d love to hear what your employees think of this benefit!