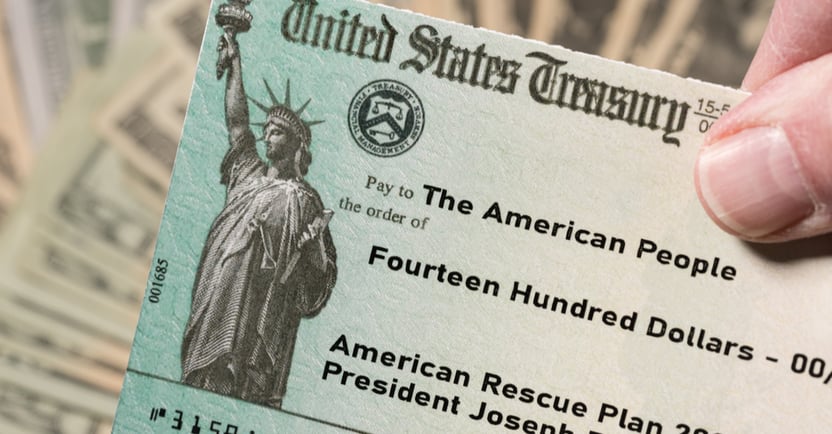 Seven weeks into President Biden’s term, the American Rescue Plan Act, his first major piece of legislation, is set to become law. The House passed a final version of the $1.9 trillion relief bill yesterday afternoon, and just moments ago the President signed it into law, in advance of his first prime time address to the nation later today.

Most experts agree that the relief package is more than just a stopgap measure to shore up the economy or respond to the coronavirus pandemic. The bill contains major federal investment in low- and middle-income Americans, intended to drive economic growth by aiming money at people who are more likely to spend it versus those who might be more likely to save the money. (Critics of the bill argue that many of its provisions are aimed at strengthening the country’s social safety net and have little to do with the coronavirus pandemic.)

Highlights of the bill include extended unemployment benefits, direct checks to individuals, housing assistance, aid to schools and child care, and more.

While some of the bill was changed during its time in the Senate, it’s largely similar to the initial version passed by the House. However, some key provisions, such as a higher minimum wage, were scrapped amid efforts to pass the bill swiftly.

In addition, the bill does not include an extension of the eviction moratorium or an expansion of mandated paid sick and family and medical leave. While neither were included in the original House bill, these were popular provisions contained within one of the previous bills.

The $1.9 trillion package enjoys broad public support, with 70 percent of Americans expressing a favorable opinion of it, according to a Pew Research Center poll released yesterday. That includes nearly all Democrats and more than two in five Republicans, although it should be noted that no Republican lawmakers in Congress voted for the bill.

Here are the most relevant provisions included in the bill.

Just like the two other COVID-19 relief bills passed during the pandemic, this version also features direct payments to Americans. This time around, eligible recipients can expect $1,400 per person ($2,800 for couples), including adult dependents—a family of four could receive up to $5,600.

Unemployed gig workers, freelancers, contractors and others who previously qualified for aid will continue to be eligible under these programs. The financial assistance provided by these two programs is currently set to expire in mid-March, which pressured legislators to act quickly.

The bill also provides for enhanced unemployment assistance payments of $300 per week. Under the bill, these programs and their financial aid are extended through Sept. 6.

An original Democratic proposal had included an extension of $400 a week in supplemental assistance. But after moderate Democrats objected, the number was lowered to $300 — exactly half the amount that was given out in the first relief bill 12 months ago.

The bill sets aside billions in financial aid to homeowners and renters. Here is the funding breakdown:

AID TO SCHOOLS AND CHILD CARE

A significant portion of the relief bill involves aid to states, including schools and child care facilities:

The relief bill provides an overhaul of the child tax credit for the 2021 tax year. The bill increases the amount of the credit to $3,000 for each child under the age of 18 and $3,600 for children under the age of 6. The credit will also become fully refundable, meaning low-income individuals would receive the benefit.

The bill also expands the earned income tax credit for individuals without children. The maximum credit will be nearly tripled, and eligibility will be expanded as well.

The bill subsidizes private health insurance premiums for unemployed workers through the Consolidated Omnibus Budget Reconciliation Act (COBRA). The provision allows individuals eligible for COBRA insurance coverage to maintain their employer-sponsored coverage after losing employment without having to pay any portion of the premiums through the end of September 2021.

Additionally, the bill invests nearly $35 billion in premium subsidy increases for those who buy coverage on the ACA Marketplace. The bill increases the subsidies provided to currently eligible individuals, and removes the 400% federal poverty level cap (equal to approximately $51,000 for an individual) on subsidy eligibility.

The bill provides billions in financial assistance to states, local governments, tribes and territories. Here is the current funding breakdown:


WHAT'S NOT IN THE BILL

A minimum wage hike to $15 per hour—one of the most discussed provisions from the initial bill—has been removed from the final version due to strict rules governing budget bills in the Senate. Some Democrats have suggested this provision may be considered as a standalone bill, but any movement on that front remains to be seen.

Additionally, the bill does not include an extension of the eviction moratorium, which is set to expire on March 31, or an expansion of mandated paid sick and family and medical leave. While neither were included in the original House bill, these were popular provisions contained within one of the previous bills.

While there are many complex provisions in this nearly $2 trillion relief bill, JP Griffin Group is here to help employers make sense of everything. Reach out with questions about how this new bill may affect your organization.

For more information on all things COVID-19 related, JP Griffin Group has assembled a comprehensive COVID-19 Download Resource Center designed to help both employers and employees deal with this pandemic and the challenges facing all of us.