The Birth of Labor Day

As experts in the field of employee benefits, it seems only fitting that we share with the curious the origins of Labor Day, most especially as we enter this holiday weekend. Labor Day is, after all, a celebration of the American labor movement and is dedicated to the social and economic achievements of workers.

We have President Grover Cleveland to thank for the getting the first Monday of September as a holiday every year. Several factions lobbied for the holiday to be on May 1st, to link up with International Worker’s Day, which is celebrated in over 80 countries worldwide. But for President Cleveland, May 1st was too close to the date of Chicago’s Haymarket Massacre, which occurred on May 4th, 1886. 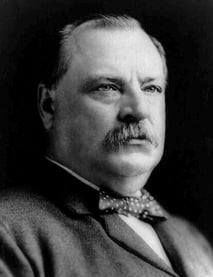 The Haymarket rally started as a peaceful rally in support of workers striking for an eight-hour work day, but someone threw a stick of dynamite at the police and between the blast and the ensuring gunfire, seven police officers were dead, along with four civilians.

Understandably, the President feared that a holiday honoring labor in early May might come to then commemorate the bloody affair, so he put some distance between the two, and the rest is history.

In retail, Labor Day has become an important sale weekend for many U.S. retailers. Some claim that it’s second only to the Christmas Season’s Black Friday. Ironically, some of those who are employed in the retail sector not only work on Labor Day, but they work even longer hours.

In sports, Labor Day typically marks the beginning of the NFL and college football seasons, and Labor Day also serves as the mid-point between weeks 1 and 2 of the U.S. Open Tennis Championships held in Flushing Meadows, New York.

And while it’s becoming less so each and every passing year, some school districts around the country still resume classes around the Labor Day holiday weekend. Most begin the week before, making Labor Day weekend the first three-day weekend of the school calendar, while others return the Tuesday following Labor Day, allowing families one final getaway before the school year begins.

This brings us at last to “high society” (whatever that means), where Labor Day is (or was) considered the last day of the year when it’s fashionable to wear white. In fact, this post–Labor Day moratorium on white clothing and accessories has long ranked among etiquette hard-liners' most sacred rules. And while theories abound as to how this fashion rule came into being, your average etiquette expert would have difficulty pointing to just one theory as the culprit.

So with that, we bid farewell to the unofficial end of summer and turn our attention now to the fall season ahead.