The Pros and Cons of High Deductible Health Plans (HDHPs) 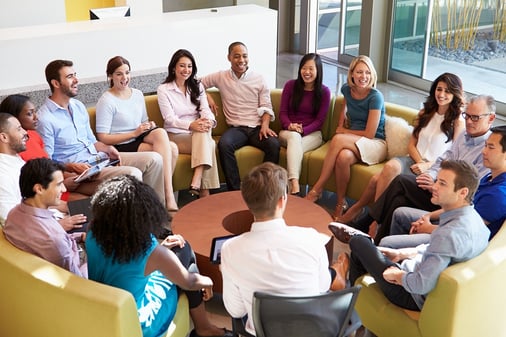 The healthcare landscape looks quite different than it did 20 years ago. In the 1990’s, getting decent health insurance through your employer wasn’t unheard of — it was assumed. But back then, healthcare wasn’t nearly as expensive; rates have increased every year for nearly two decades and it’s unlikely they’ll reverse course anytime soon.

Because HDHPs don’t seem to be going away anytime soon, it’s important that all business owners and employees familiarize themselves with how these plans function.

Healthcare costs began to increase noticeably (and more consistently) around the year 2000. In 2009, the Kaiser Family Foundation reported a 131 percent increase in family premiums (105 percent for individuals) over the previous decade. Since then, premiums have continued along the same path. Between 2009 and 2013, family and individual premiums each increased about 78 percent — with no realistic end in sight.

In the early 2000’s, as health insurance prices increased, businesses providing healthcare for employees began looking for ways to save money. At that point, high deductible health plans were few and far between, but some companies picked them up, believing that it was their best option. 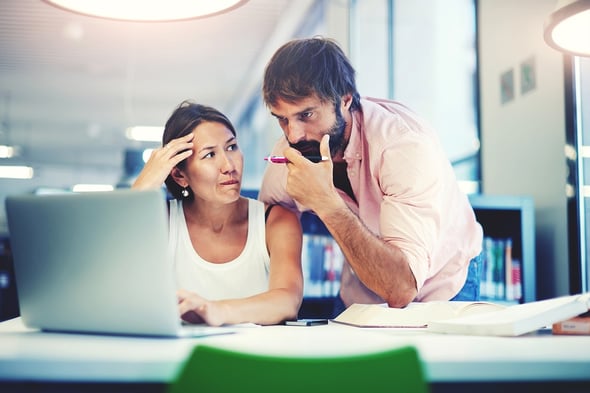 As the effects of the recession started to be felt across the country in 2008, businesses became more stringent with spending. Cost-saving mechanisms were in the works prior to layoffs being announced, or even being considered. Again, high deductible health plans entered senior HR, finance and even boardroom conversations.

Generally speaking, the higher the deductible, the lower the premium, which had obvious appeal to businesses suddenly taking a substantial revenue hit. Unfortunately, this placed a higher financial burden on employees at a time when pay increases were almost unheard of. In fact, people were far more likely to be placed on a pay freeze — if they were lucky enough to keep their jobs in the first place.

According to the Kaiser Family Foundation, the percentage of workers enrolled in employer-sponsored high deductible health plans was 8 percent in 2009. By 2016, that number jumped to 29 percent, perhaps alluding to business owners’ apprehension to take on high expenses post-recession.

Even employers not jumping to high deductible health plans are still increasing deductibles in order to lower premiums. Kaiser reports that in 2009, covered workers with deductibles over $1,000 for individual coverage, was 22 percent. In 2016, it was just over half, at 51 percent. This trend is more prevalent in small firms because health insurance for small businesses is typically more expensive than in large companies, as there are less people upon which to amortize expenses.

High deductible health plans certainly have their pros and cons — and these can vary depending on one’s own unique health situation. As intimidating and stressful as it can be to conduct an in-depth study of health insurance plans, not doing so can cost you and your employees later. 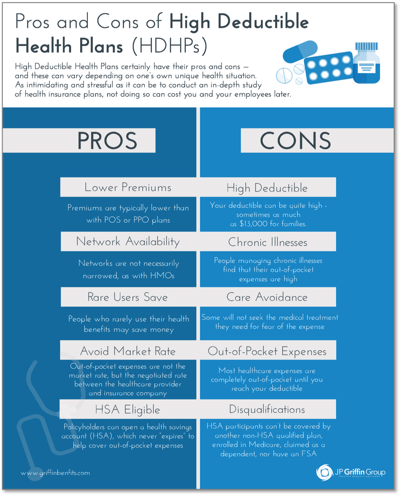 As a business owner, you know that your employees are going to have questions about HDHPs, especially if it’s the only option you are offering. By the time you’re passing the information on to them during open enrollment, you will have had the benefit of already doing the research neccessary to add the plan in the first place. Your employees, however, won't be as lucky; they will be playing catch-up, while under deadline. And if it's your goal to have as many employees as possible willingly switch to an HDHP (assuming it's one of multiple plans offered), then it behooves you to educate them on how the plan works.

HDHPs work differently than traditional POS or PPO plans in that all healthcare expenses are paid out-of-pocket until the deductible is met. This can lead some employees to feel like they are spending more money with an HDHP, though that is often times not the case once premium reductions are factored in. Nevertheless, healthcare providers say their biggest concern is that patients will not seek medical treatment because they fear the expense. This, in turn, causes more extensive issues later on.

In addition, some doctors are noticing a decrease in primary care visits (when preventive care would be administered), which could be linked to the increasing prevalence of high deductible health plans. Physicians warn that ignoring chronic conditions such as hypertension or diabetes, no matter how much a well-visit costs, will prove more costly in the long run when complications arise, like heart attacks or strokes.

How do you know if a high deductible health plan is right for you? Consider the following scenarios:

Case Study 1: 22-year-old with no history of chronic illness

For younger generations, high deductible health plan pros and cons are weighed differently. 22-year-olds fresh out of college are statistically less likely to have chronic health issues or be on multiple prescriptions. There are certainly exceptions here — not all people in their 20’s have clean bills of health, but from a risk management perspective, they are less expensive to insure because their expenses are lower.

For a 22-year-old taking no medications (or even a couple generic drugs) who only sees the doctor once a year for a physical, a high deductible health plan might hold more pros than cons. Having lower monthly payments leaves more money to put away in an HSA, an emergency fund, an IRA, or even a vacation fund. People in their 20’s may enjoy the flexibility of lower bills, while knowing that if something catastrophic happens, their insurance will kick in after the deductible, albeit a sizable one.

Case Study 2: 55-year-old with a family history of heart disease

As much as we don’t like to admit it, our bodies do slow down as we get older. We don’t just become more susceptible to those pesky aches and pains, but also chronic health issues and dramatic medical events. Life and stress take their toll on us after a while, which means we are more expensive to insure because our risk is higher.

A 55-year-old is more likely to be on at least one medication — perhaps blood pressure or cholesterol (or both) for someone with a family history of heart disease. And if a parent or grandparent suffered a heart attack or underwent bypass surgery, you may be told to see a cardiologist once a year to monitor your ticker.

Your cardiologist isn’t just going to put a stethoscope to your chest. He is going to run a battery of tests that could involve blood work, ultrasounds, and EKGs. Not to mention the other recommended screenings for people hitting certain age milestones, like mammograms, colonoscopies, and prostate exams. These tests will add up fast and if you’re on a high deductible health plan, the cons may start to add up more quickly than the pros. 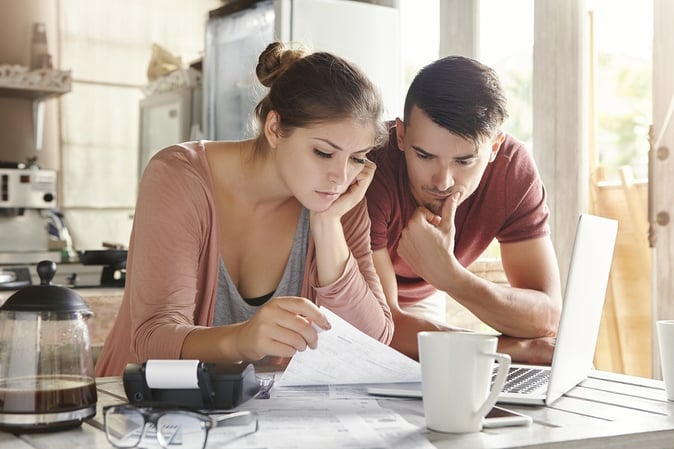 How to Weigh the High Deductible Health Plan Pros and Cons

Health insurance is not a one-size-fits-all item anymore. Whether you are offering a traditional PPO or a high deductible health plan (or both), each individual’s situation should be their guide. If you are offering a choice, it’s up to employees to decide which is best for themselves and their families.

The bottom line is that each person has to weigh the pros and cons of high deductible health plans against how they might need to use the policy. If you don’t have an extensive medical history and are unmarried without children, you might be able to risk such a plan. However, if you or someone in your family sees a doctor once a month or needs to manage a medical or mental condition, perhaps a PPO would be a better fit.

Remember that your employees may be feeling a bit uneasy as healthcare discussions begin under a new administration in Washington. One of the best ways to combat these distracting feelings (that can lead to lower morale and productivity) is to engage in and encourage open communication. Employees don’t usually enjoy being “dictated to” as much as they prefer “explanations for,” so if you are switching to HDHPs only, be sure to explain the financial strains of the situation and point out the pros — while acknowledging the cons. If you are offering HDHPs in addition to a PPO plan, be careful to explain the differences.

What questions do you still have about high deductible health plan pros and cons? Leave us a comment below or contact us. We’re happy to provide answers! 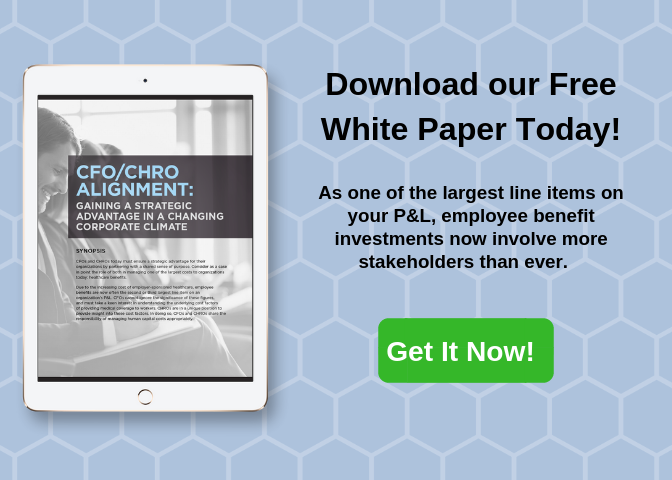