Four Ways Employers Can Reduce Smoking Rates Among Their Workforce 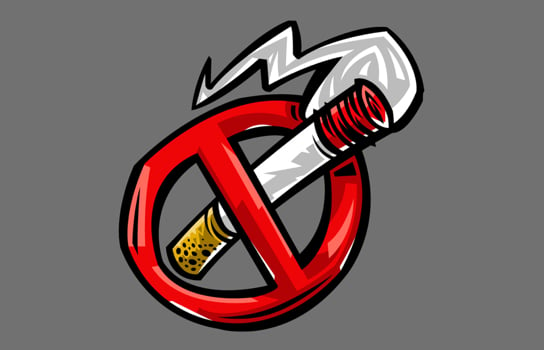 Smoking has been in steady decline in the United States for decades, with Gallup reporting that smoking rates among adults have dropped from 45 percent in 1953 to 16 percent in 2018.

Nevertheless, according to the CDC,  almost 38 million adults in the country still smoke cigarettes regularly (defined as “every day” or “some days”). This doesn’t even take into account anyone who enjoys pipe tobacco, cigars or other cigarette alternatives.

The malignant effects of these habits are well documented. In addition to the personal health issues individuals suffer, smoking also impacts non-smokers, both in terms of health risks and more expensive healthcare.

The following is an exploration into just how much smoking costs businesses each year and what measures employers can take to reduce smoking rates among their employees.

The Added Cost of Employing Smokers

CDC research places the increased cost of employing a smoking adult at nearly $6,000 per smoking employee, per year. Much of this figure comes from lost productivity and increased healthcare costs, but it also takes into account other less obvious expenses.

It's Already February; Here's How You Can Help Employees Keep Their New Year's Resolutions 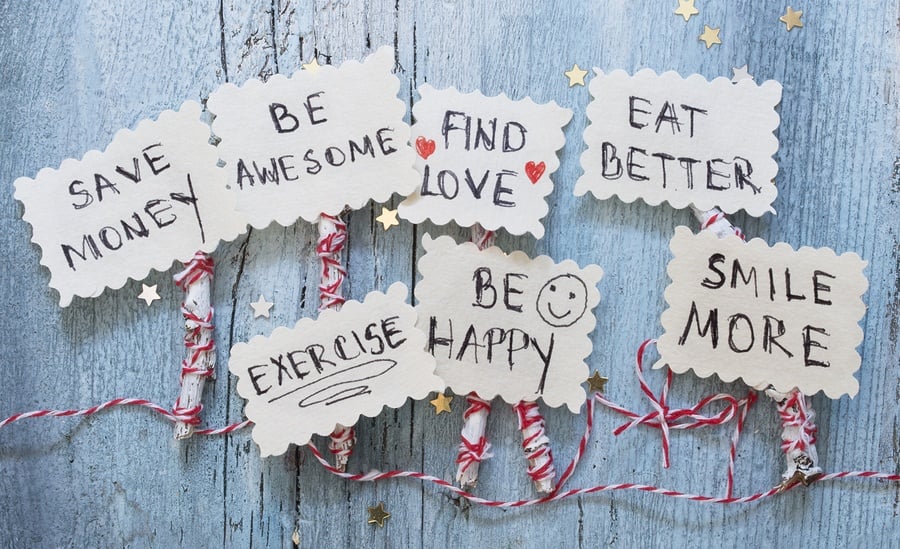 The new year is often a time for people to pause and reflect on the past year and consider things they’d like to change. This leads to new year’s resolutions, which frequently include health-related outcomes. Right about now, however, resolve to keep these resolutions starts to get a bit shaky.

Some of the most common new year’s resolutions are losing weight, eating better, exercising more, and engaging in more self-care. Anyone who belongs to a fitness club knows that January is the busiest month of the year, but the crowds start to thin out around mid-February, if not sooner. By that point, most people have given up on their new year’s resolutions and the steady gym members get their favorite machines back.

The bad news is the failure to implement the healthy lifestyle changes your employees were working on might have adverse effects on their mindsets. By the end of February, if they’ve abandoned their new year’s resolutions, they’re back to their old habits, picking up fast food at lunch, downing cans of soda, and probably feeling bad about themselves.

The good news is that you can help them turn things around. Maybe they need a little extra encouragement and support to follow through with their new year’s resolutions, both of which you can provide to them with a bit of effort.

The Difference Between Health and Wellness in the Workplace 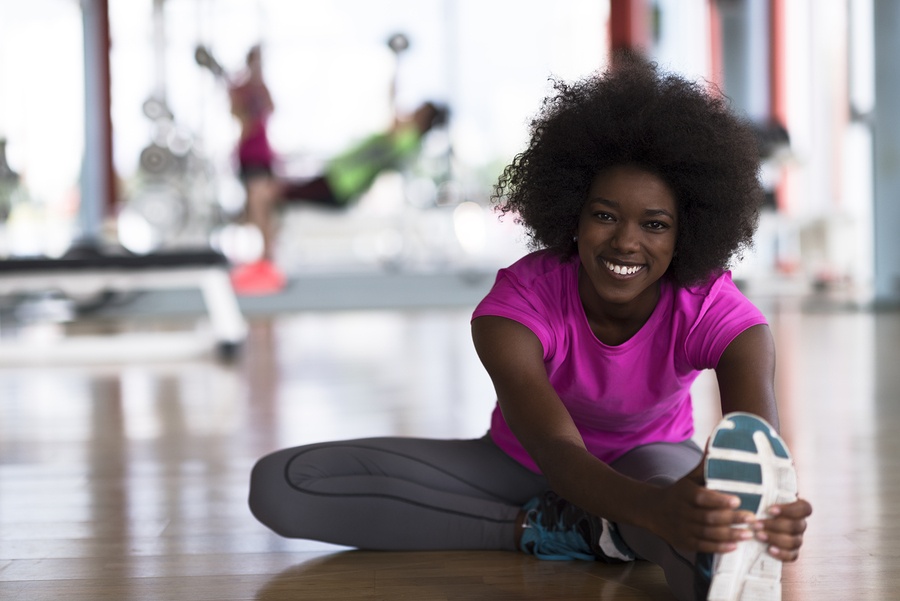 The terms health and wellness are commonly thrown together, thanks in large part to the prevalence of wellness programs promoting better health in the workplace.

It’s easy to see how the two terms could be interchangeable, but the difference between health and wellness is important.

Wellness programs largely focus on the idea of preventative care, which is primarily designed to save policyholders (and employers) money in the long run. Although many employers can unfortunately sink a ton of time and money into wellness programs without any strategy whatsoever.

The general idea is that if people are getting regular checkups, adhering to their prescribed medication regimen, and getting recommended vaccines, health problems can either be completely prevented, or at least managed before they become extraordinarily expensive.

Although it’s fair to say that one of the goals of wellness programs is to make people healthier, there is a difference between health and wellness. So let’s dive into this difference and why it matters.

What Cheating on Workplace Wellness Contests Says About the Cheater 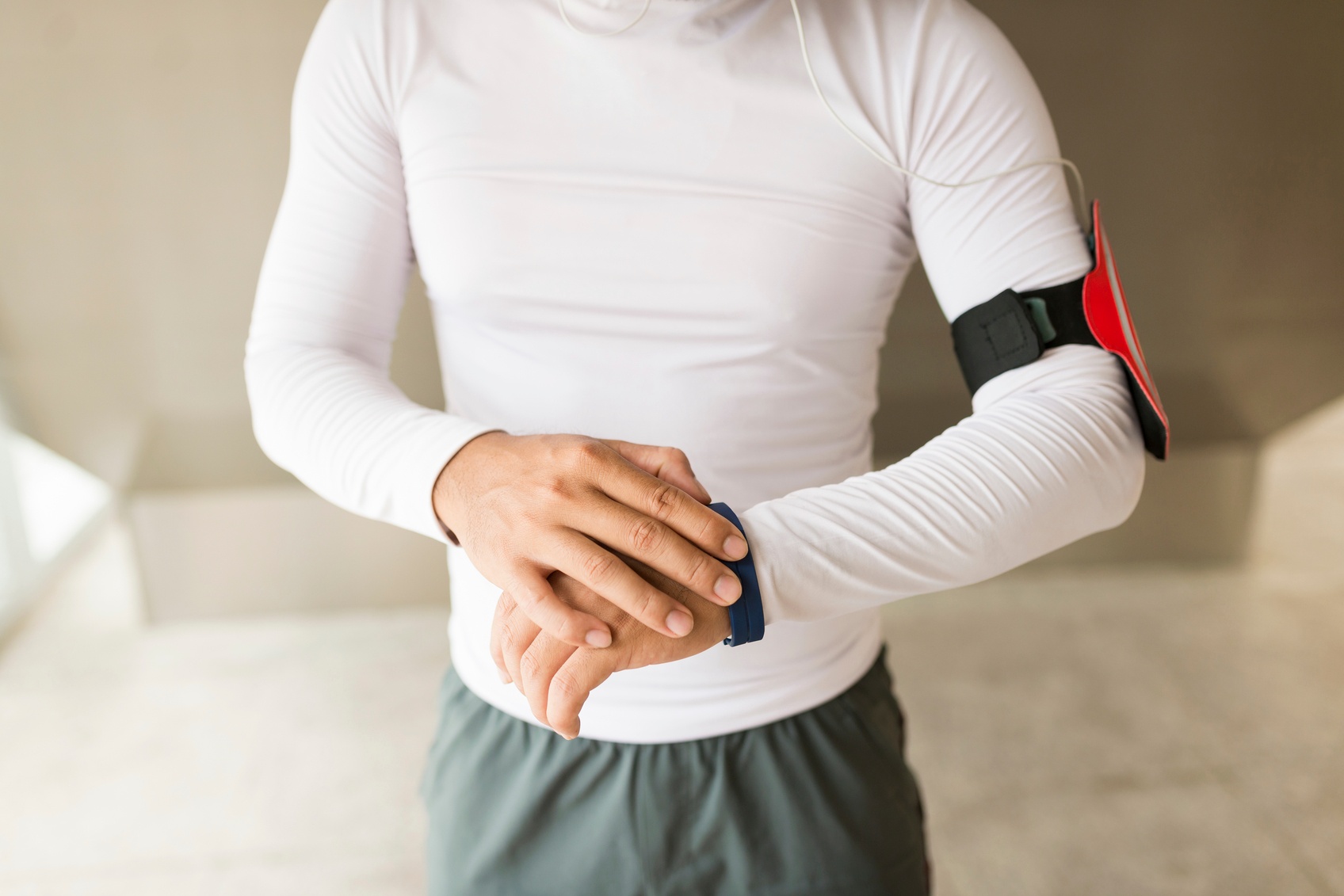 Wellness programs have been around for decades, and their benefits are well-documented. Research shows they are responsible for a 28 percent reduction in sick days, a 26 percent reduction in health costs, and a 30 percent decrease in workers' compensation and disability management claims. If designed well (e.g. based on population health analytics, etc.), companies can potentially save $5.93 for every dollar invested.

Wellness initiatives and contests have been taken to a new level in recent years, with the emergence of wearable fitness trackers. On the surface, it seems that these trackers would eliminate any tendency to exaggerate activity performance, compared to using manual logs. However, where there's a will, there's a way. The Wall Street Journal (WSJ) recently reported on wellness cheaters. What does cheating on workplace wellness contests say about the cheater?

Getting a Good Night's Sleep is All the Rage 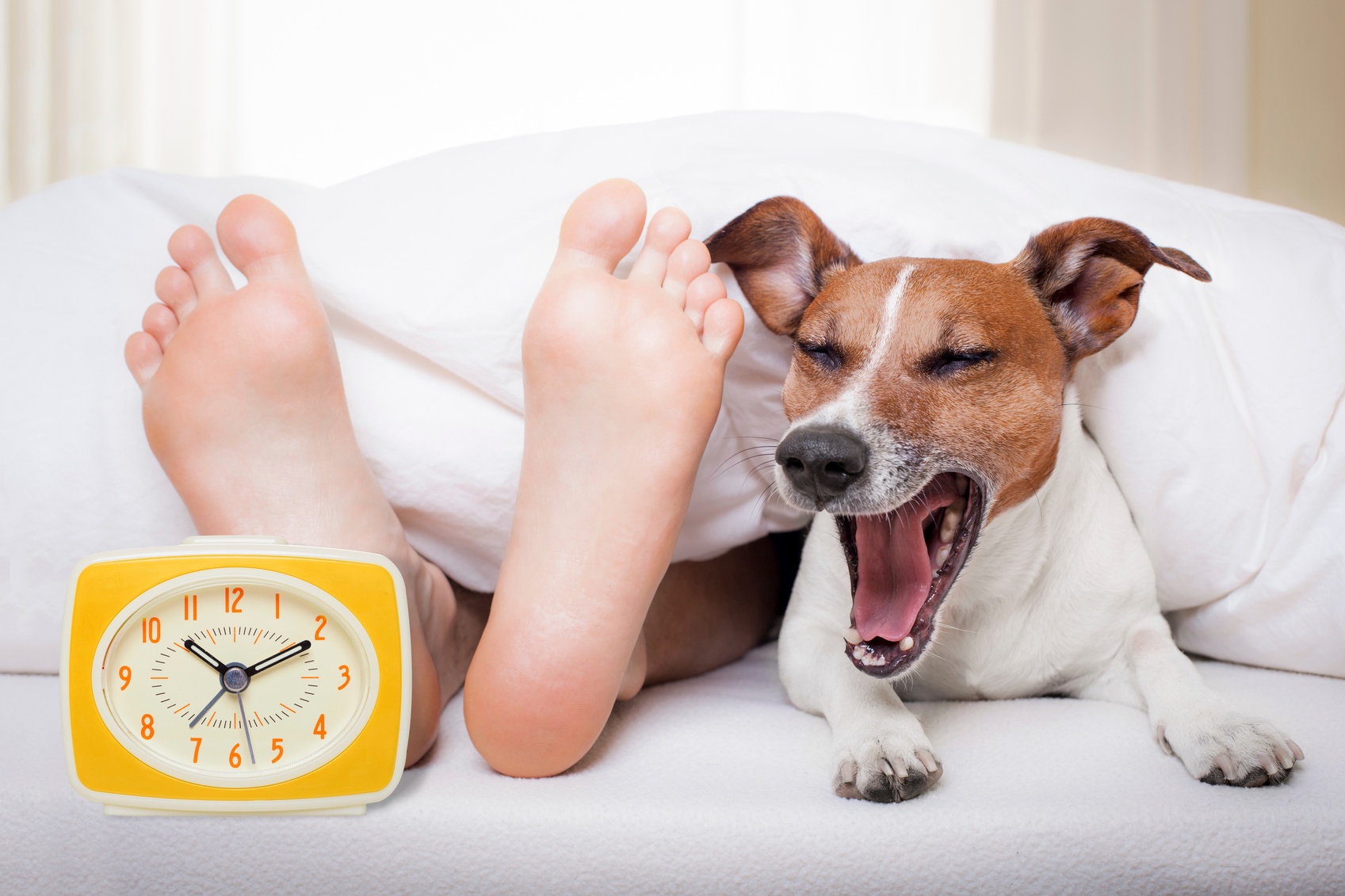 Companies are always looking to improve the quality of life of their employees by using a variety of incentives. To this end, employers are increasingly open to making a number of quality of life allowances, from dogs in the workplace to catering healthier lunchtime meals.

This isn't solely done for the purpose of improving morale and well-being. Employers have noted a strong correlation between employee health and their productivity at work. But can employers start encouraging healthy employee habits outside of their 9-5 purview?

One area of focus for company wellness has been the sleep habits of their employees and how subtle tweaks can have a profound impact on employee productivity. 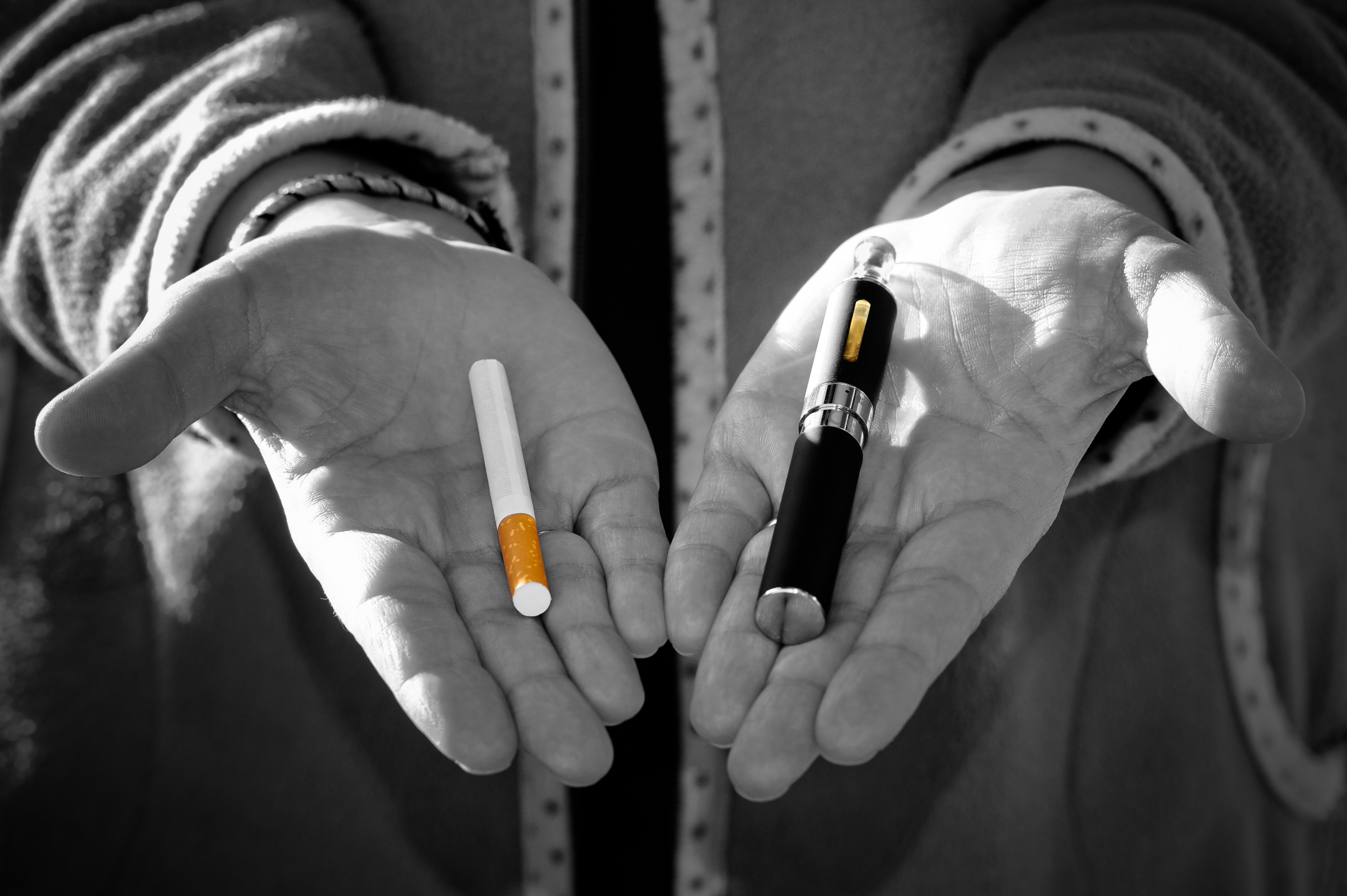 A reader of last week’s blog post on vaping asked us if employers should actively promote e-cigarettes in their wellness programs as a smoking cessation tool. This is an excellent question. It’s admittedly tough to ascertain if e-cigarettes are going to be the next major health hazard or the most effective smoking cessation technique ever created. Unfortunately, there’s not a straightforward answer to this question, but we will attempt to answer it as best we can.

For the uninitiated, vaping is the act of inhaling atomized liquid, usually nicotine dissolved in propylene glycol plus flavoring and colors. The device used for this activity is called an e-cigarette; a battery-operated device, often shaped like a cigarette, which is designed to deliver nicotine in the form of an inhalable vapor rather than tobacco smoke.

E-cigarettes Remain a Dilemma for Employers 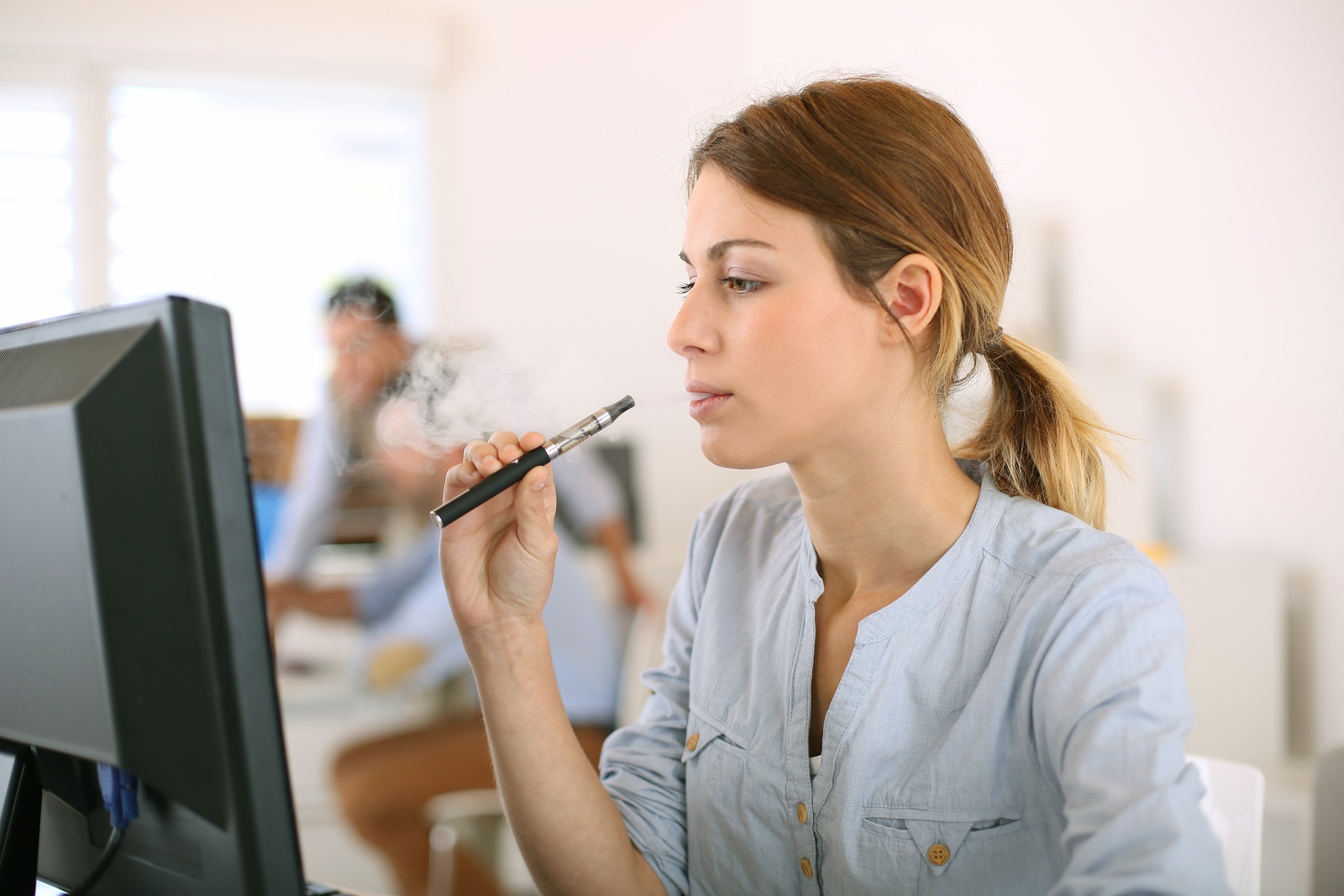 E-cigarettes Remain a Dilemma for Employers

Electronic cigarettes, or vape pens, don’t contain tobacco and they don’t produce smoke, yet they do contain nicotine, and this has left insurers and employers in a quandary. Should “vapers”, as these people are commonly called, be categorized as smokers, and therefore be penalized with higher insurance rates?

Despite the growing popularity of vapers (they’ve gotten so popular that even icons like Leonardo DiCaprio are comfortable “vaping” in public), they present a somewhat troublesome gray area to insurance companies. This has left employers wondering if their employees who vape are considered smokers and if so, by whom.

Some businesses have weighed-in on the matter. According to the Wall Street Journal, Wal-Mart and UPS, for example, categorize vapers as smokers, and accordingly charge them higher insurance premiums. Cleveland Clinic, which refuses to hire smokers, similarly won't hire e-smokers, while CVS Caremark doesn't allow employees to use e-cigarettes at its corporate campuses. Starbucks bans e-cigarettes for employees and customers; and almost every state has enacted disparate legislation to regulate where e-cigarettes may and may not be used. 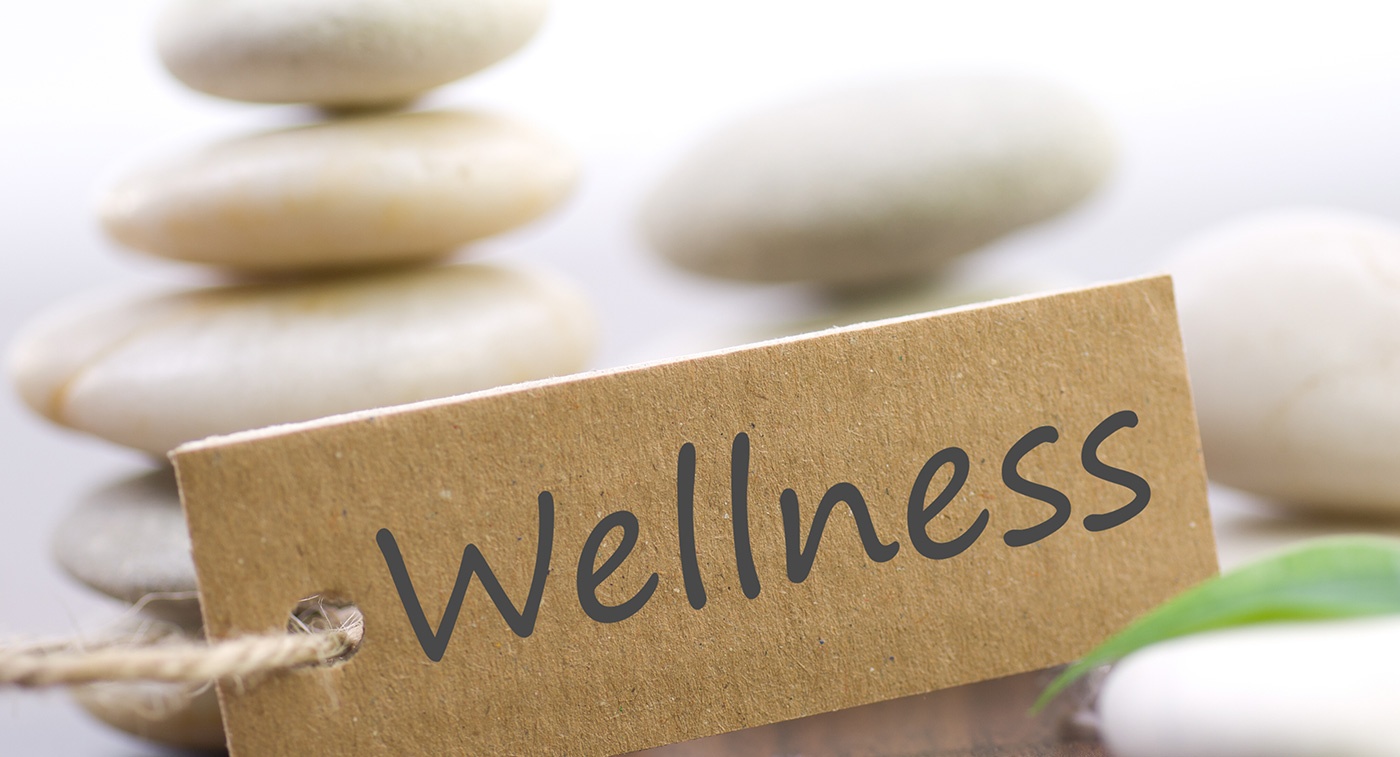 A participatory wellness program is, by definition, open to any employee who wishes to participate. Some easily recognizable types of participatory programs include employee participation in diagnostic testing and screening; smoking cessation classes and education; reimbursement for gym or wellness center memberships; and programs for health education classes or seminars.

The Upside of Regular Vision and Dental Exams: Early Warning Signs of Other Health Problems 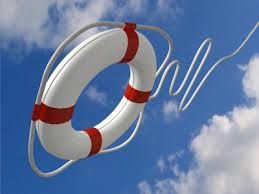 The Upside of Regular Vision and Dental Exams:

Can your eye doctor or dentist save your life? It turns out the answer is yes. Taking advantage of employer-offered vision and dental benefits may have unexpected advantages. While the more obvious benefits of eye and dental exams are better vision and good oral health, routine vision and dental exams can also spotlight early warning signs of other health problems. What are some of these health issues, and how are they discovered by your ophthalmologist or dentist? 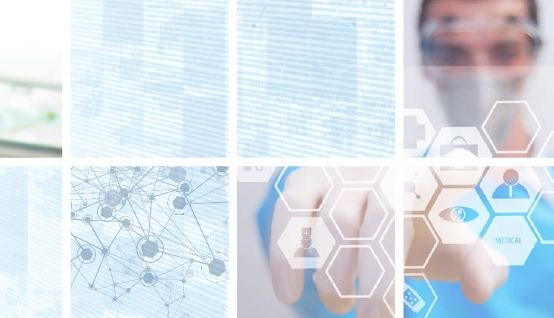 As we discussed in our last post, those tasked with the job of overseeing company wellness programs often find it difficult to quantify the success of those programs in a definable way. The problems facing HR departments when tasked with establishing the ROI on wellness are many, from program structures that don’t provide enough trackable data, to the difficulties of measuring intangible successes in terms of money, to the simple fact of limited time, resources, and manpower. These issues are often compounded by unrealistic expectations and a desire for quick results.