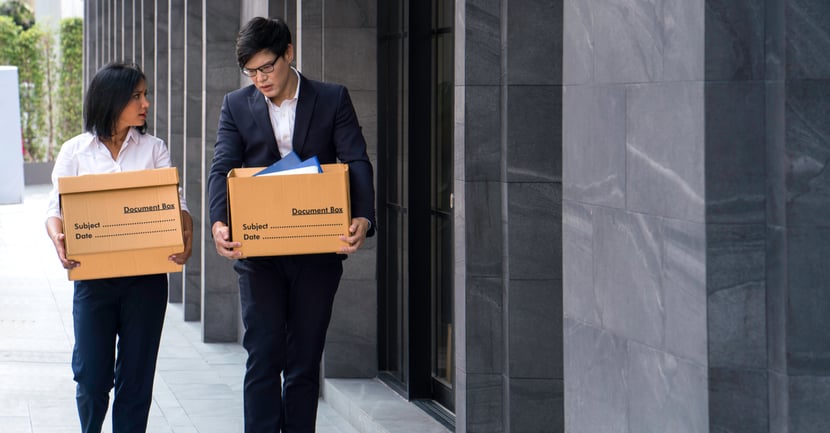 Many employers hit hard by COVID-19 are wondering if they should cut payroll expenses through furloughs and layoffs. These temporary actions quickly reduce payroll expenses, while providing affected employees with access to the greatly enhanced unemployment benefits now available, thanks to the CARES Act.

Most furloughed and temporarily laid-off employees can also maintain their health benefits while collecting these unemployment benefits. However, the extent can vary based on medical carrier contracts with employers, and variations in state laws.

Just this morning, a piece in the Wall Street Journal discussed how more and more employers are going this route, though many are doing so on a voluntary basis since these richer unemployment benefits help some workers more than others. (In some cases, which we'll address a bit later, certain employees can actually make more on unemployment, at least for the moment.)

Complicating an employer's decision to pare back payroll expense in this way is another provision in the CARES Act called the Paycheck Protection Program (PPP). This program, which I covered extensively in my last blog post, is designed to encourage employers to maintain staff by providing forgivable loans to employers who resist cutting their workforce.

The PPP has already proven to be so popular that Congress is already moving to approve additional funding for the program. Congress has thus far approved $350 billion in potentially forgivable small-business loans, but early demand suggests the program may run dry. Treasury Secretary Steven Mnuchin confirmed in a tweet yesterday afternoon that his department will ask for an additional $250 billion for the small business program.

Which of these options is better for your employees, and which option is better for you as an employer? A lot depends on additional operating expenses incurred by an employer, employee income, duration of benefits, accessibility of each relief program, and the long-term impact of both decisions. And of course this dilemma is predicated on an employer not planning on ceasing operations altogether.

Let's take a look at each option in greater detail.

The Pandemic Unemployment Compensation provision, stipulated in the CARES Act, adds a $600 federally subsidized increase to existing weekly state unemployment benefits for any weeks of unemployment between April 5, 2020, and July 31, 2020. Considering that as of January 2020, the average unemployment check around the country was $385, this is a massive increase.

The CARES Act also expands the maximum length of time an individual may receive unemployment benefits to 39 weeks. This is a 13-week increase to the usual 26-week limit imposed by most states, including Arizona. It should be noted, however, that unemployment benefits beyond July 31, 2020, will, at least at present - barring another piece of relief legislation, revert back to the same weekly rate an individual usually is eligible to receive under applicable state laws

Examining this at the local level, in Arizona, for example, the traditional maximum weekly unemployment benefit is $240. Employees in Arizona making $24,960 or more per year essentially hit this cap, which under normal circumstances would provide them with about 50% of their income, or around $12,480, if annualized.

No matter, any windfall to those who earn more while on unemployment, will be short-lived. Once the Pandemic Unemployment Compensation provision in the CARES Act expires, most employees won't be able to make up their full salary/wages through unemployment. They will be far worse off – at most all income levels.

The emotional baggage that comes with having to file for employment also shouldn't be overlooked, nor the tremendous disruption to operations when letting go of valued employees, even if only temporarily.

As far as benefits are concerned, furloughed and laid-off employees can almost always maintain benefit coverage. However, once a layoff or furlough evolves into a termination or reduction in force, employees will see their employee benefits terminate at the end of the month they were last employed, with an option to purchase COBRA coverage within 60 days of their termination (there's no lapse in coverage because COBRA applies retroactively to the date and employee lost coverage.)

One other bit of good news regarding these new unemployment provisions, at least for Arizona businesses (though most states have followed suit) – Governor Doug Ducey waived any increase in employer payments to the unemployment insurance fund for businesses whose employees receive benefits under this provision. This is great news for employers who are worried that these last-resort measures negatively impact their experience ratings and drive up unemployment insurance costs, especially at a time when they cannot afford additional spending.

For employers with fewer than 500 employees, the Paycheck Protection Program (PPP), part of the CARES Act, provides another alternative to struggling businesses. The PPP provides businesses with 100 percent federally-guaranteed loans, which may be forgiven, if borrowers maintain their payroll during this pandemic.

The definition of "payroll costs" is quite liberal, and includes any compensation in the form of salaries, wages, commissions, bonuses, and tips. In addition, any expenses relating to group health care benefits, paid time off (including vacation, sick leave, maternity/paternity leave), retirement benefits, state and local compensation taxes, and any termination compensation can be included.

While there are expense exceptions, such as the qualified sick and family leave for which a new credit is allowed under the Families First Coronavirus Response Act (FFCRA), the most notable exclusion is any compensation in excess of $100,000 per employee.

Once received, loan proceeds may be used for all the eligible payroll costs noted above, as well as costs relating to providing group healthcare benefits during paid leave. Loan proceeds can also be used for rent, utilities, mortgage interest, and interest on other debt obligations incurred prior to the covered period.

While the calculation for loan forgiveness is a bit complicated, it too is generous, and essentially is designed to discourage employers from furloughing, laying off, or terminating employees.

Intentional per design, the better option for most employers to pursue, providing they are under 500 lives, is the PPP – both as it benefits employees and employers alike.

For starters, the PPP protects the income of greater swath of workers - everyone making up to $100,000 annually is essentially made whole. (An employer could even choose to pay them more during this difficult period, which some employers have done, most especially for those on the front lines who frequently come into contact with customers and fellow workers.)

The PPP also spares employees from any emotional baggage, red tape, and long lines, which often come with filing for unemployment. And in states where experience ratings haven't been waived, going the PPP route eliminates the risk of employers negatively impacting their experience ratings and driving-up their unemployment insurance costs.

Moreso, the PPP provides employers with tremendous financial incentives that go far beyond payroll reimbursement, and savvy employers can stretch these incentives to cover a much longer period of crisis than those provided by unemployment.

All that being said, employers don't necessarily have to chose between the two programs, as they aren't mutually exclusive. Employers can deploy a hybrid approach, though they then run the risk that part of their PPP loan will have to be paid back.

For employers who are interested in taking advantage of the PPP, they must act fast, as funds are sure to run out, even with replenishment talks on the table. While banks just started taking PPP applications last Friday, most are already swamped with requests, prompting some lenders to limit applications to only their customers. As of today, $70 billion of $350 billion has been allocated.

Exacerbating the overwhelming demand is this - the program was initially designed to provide relief to service industry employers who could substantiate a 50% or greater hit to their revenues. But as the legislation worked its way through Congress, it was expanded to any businesses (with less than 500 employees) who could demonstrate any level of negative impact from the COVID-19 pandemic.

With demand outstripping supply, interested employers would be wise to work with their existing bank, if possible. They should take the time to complete the online application as thoroughly and accurately as possible, since it's doubtful that banks will have the time and resources required to turn their attention to problematic applications before funds run out.

As the pandemic continues, and additional financial rescue/stimulus packages are announced, look for more guidance and updates from JP Griffin Group.