How to Motivate Employees to Participate in HSAs 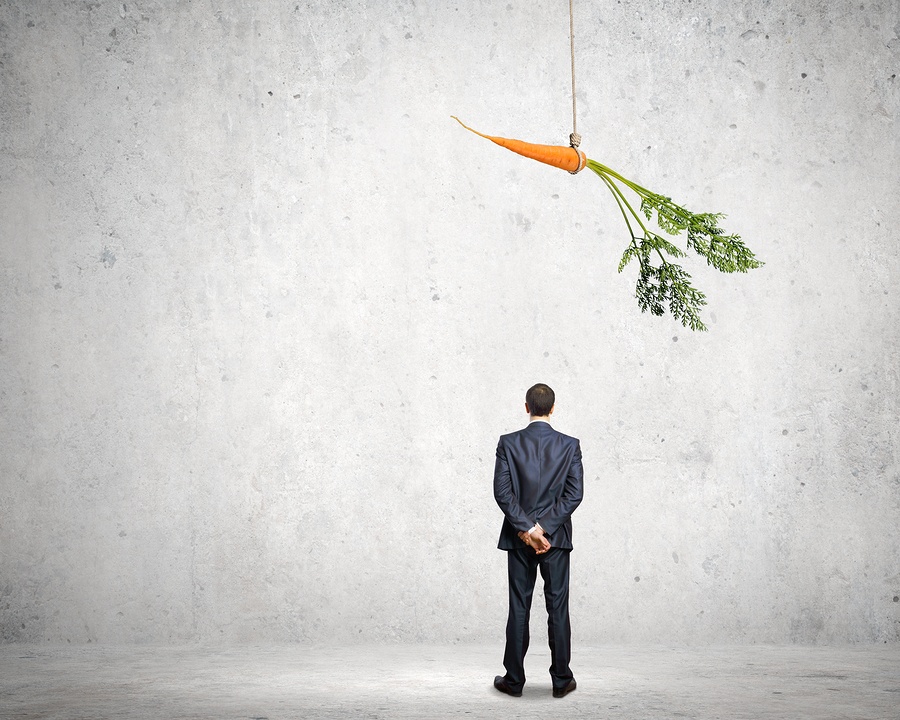 As the cost of traditional group health insurance has gone up, high deductible health plans (HDHPs) with tax-advantaged health savings accounts (HSAs) have become increasingly popular among employers of all sizes. But offering a HDHP is only helpful if employees, assuming they’re given a choice, then choose to adopt them. And employees who are most satisfied with HDHPs are the ones who make the most of a HDHP’s best feature, the HSA.

HSAs (which are only available with a qualifying HDHP) are primarily designed to help employees offset the high out-of-pocket costs which come along with HDHPs by allowing both employers and employees to contribute dollars into a special savings account. (Employee contributions are made on a pretax basis.) Because HSA funds roll-over and can eventually be converted into retirement savings, savvy employees have quickly learned how to take advantage of these accounts and those who can afford it are maximizing this benefit to the full extent of the contribution limits, which currently stand at $3,400 for an individual and $6,750 for a family.

That said, the average HSA participant can’t afford to max out this benefit. In fact, most HSA participants barely contribute enough to the HSA to cover their anticipated out-of-pocket medical costs for the year. The average individual contribution is just $833, far less than any deductible on a HDHP, thereby causing enrollees to suffer under the weight of this type of plan design. Some of this behavior is simply due to limited incomes, but some can be attributed to other factors, such as a lack of education on how an HSA works.

To ensure that your workforce fully embraces HDHPs with HSA plans, it behooves every employer to explore ways to motivate employees to participate in their HSA. Afterall, according to the Employee Benefit Research Institute, between 20 and 22 million people in the U.S. are currently enrolled in an HDHP with an HSA.

Here are just a few ideas for improving HSA participation: 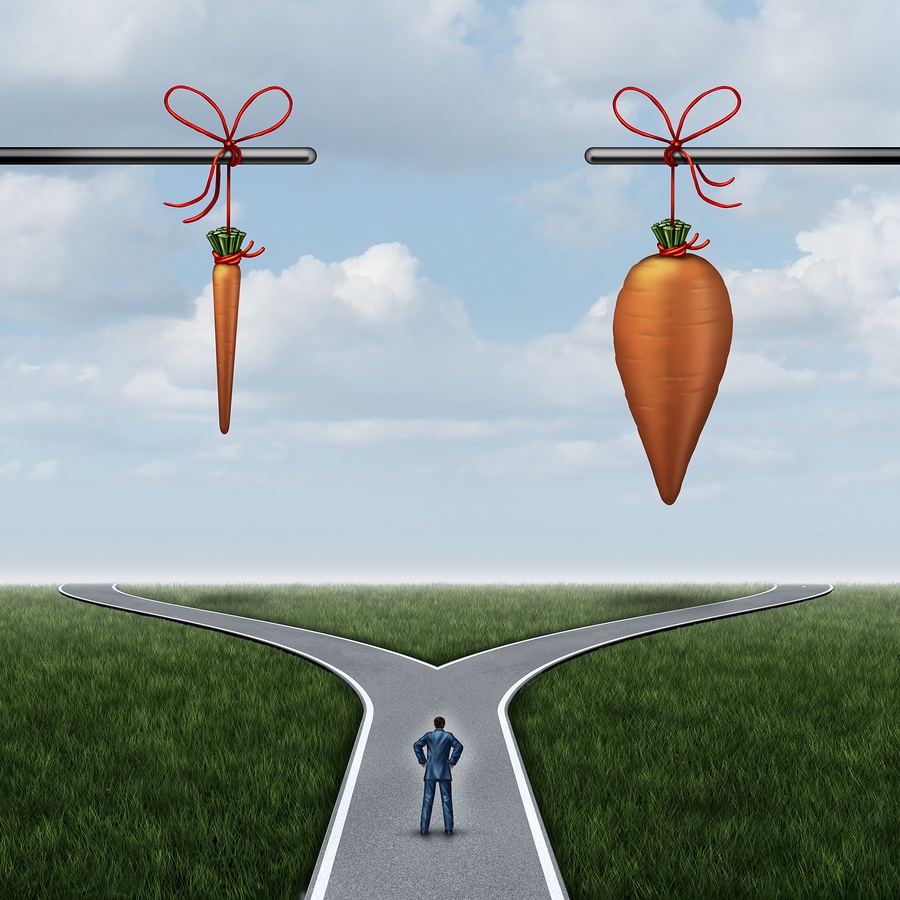 As the cost of healthcare continues to rise with seemingly no end in sight, employers of all sizes across the entire country are looking for ways to cut costs without compromising the quality of care. Many employers have already moved toward consumer directed healthcare, but another strategy some employers are turning toward is value-based insurance design (VBID).

While value-based insurance design is far from a topic discussed at the dinner table, it isn’t a new concept. In fact, one state adopted this plan design in 2008 and some principles of VBID, such as low-cost preventative care and wellness visits, were incorporated into Section 2713 of the Affordable Care Act (ACA).

VBID takes a very different approach than HDHPs (high deductible health plans)  when it comes to trying to save employers and employees money, so if you’re thinking of making a change to your employer-sponsored health insurance, it’s important to understand exactly what you’re signing yourself (and your employees) up for.

What Is Value-Based Insurance Design?

Value-based insurance design is a cost containment strategy being adopted and tested by some employers. This plan structure is different from traditional health insurance plans in that its purpose is to decrease costs for medical services deemed as “higher value,” while increasing costs for those considered to be “low value.” 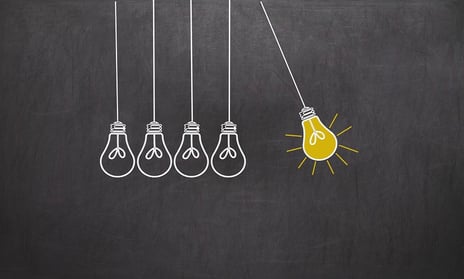 Employers are struggling to assemble impressive employee benefits packages under the crushing weight of ever-increasing healthcare costs. While these escalating expenses may be forcing companies to cut back on their overall benefits package, there are still plenty of innovative ideas that can enrich a company’s offerings without costing them a fortune. Here are 11 out-of-the-box employee benefits that won’t frustrate your finance department.

Picking up the dry cleaning is something no one wants to do. It’s certainly an unappealing errand before or after a long work day, so offering an on-site pickup and delivery service can be a welcome employee benefit. Employees will pay for the cost of the actual cleaning, so at most, the employer will only be on the hook for a delivery fee from the dry cleaner. It’s a cost-effective way to give some time back to employees.

Allowing employees to work a flexible schedule is essentially free for employers. As work-life balance becomes an increasingly hot topic, workers will appreciate that they can get to their kid’s school event at lunchtime and make up the hours later that evening or on the weekend.

This is an easy employee benefit to offer — as long as there’s some sort of tracking system in place. Some companies use the honor system (assuming everyone will get their 40 hours in), while others use tracking websites, such as Toggl to “clock in and out” so supervisors can be assured their employees are all on task.

If You Aren’t Offering Voluntary Benefits, You're Missing Out 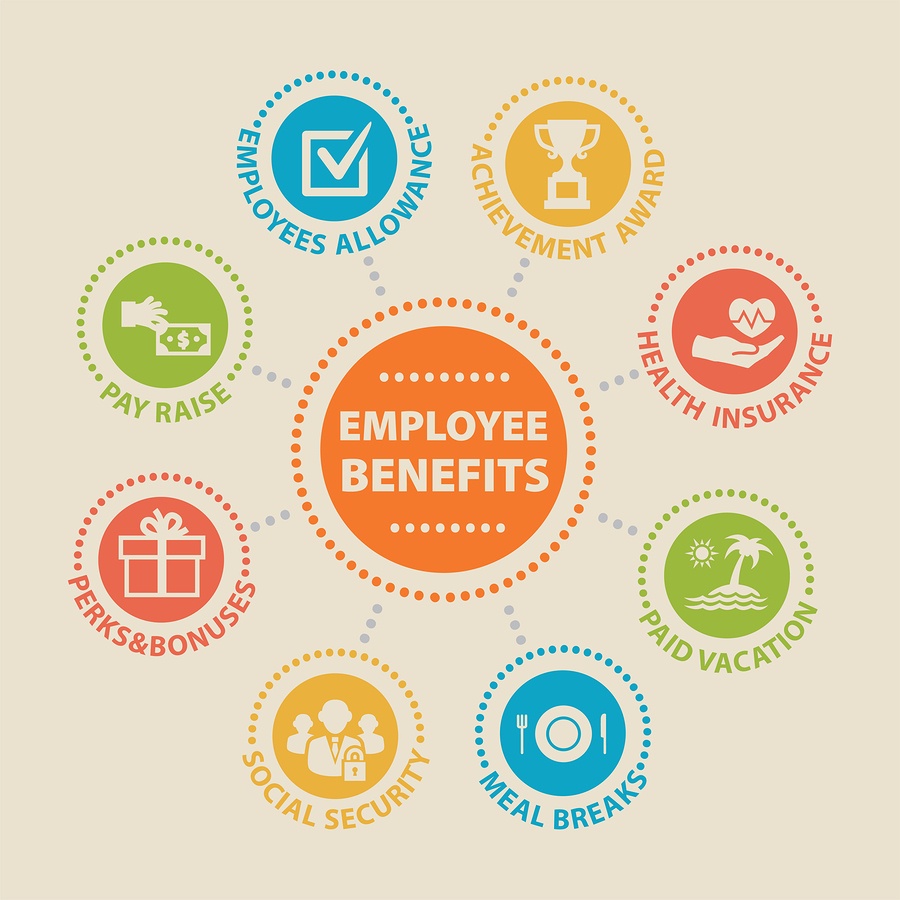 When building a comprehensive benefits package, many business owners are (understandably) grateful just to be able to offer medical coverage. But some employers also tend to leave out voluntary benefits, which can enrich the employment experience and be a helpful recruitment tool for potential employees — all at little or no cost to the employer. If voluntary benefits are outside your purview, check out this quick-reference guide to fill in the blanks.

What Are Voluntary Benefits?

While the definition of voluntary benefits has become somewhat blurred over the years (and are sometimes referred to as worksite benefits or even ancillary benefits) they are, for the most part, insurance products meant to fill in healthcare gaps where health, dental, and vision insurance might not reach, and can increase the value of your employee benefits package. Typically, voluntary benefits are paid in full by the employee and made easy through payroll deductions — most of the time at a lower rate than what can be found on the individual market and frequently taken out of wages pre-tax.

Common examples of voluntary benefits include: 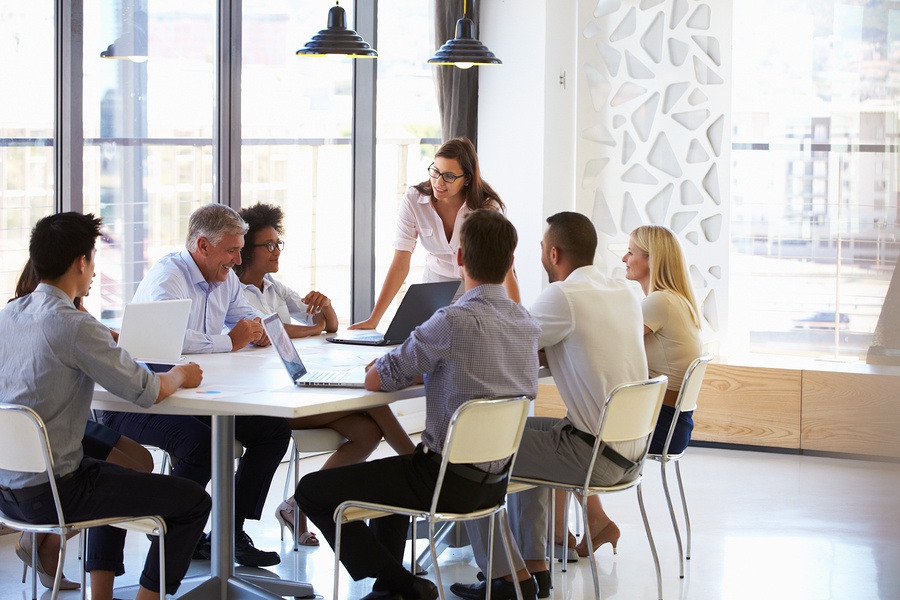 Creating a truly competitive and compelling employee benefits package can be a struggle — especially for smaller companies. As an employer, you are required to offer certain benefits, like social security taxes, unemployment insurance, and worker’s compensation, plus some others based upon the size of your company, not the least of which is medical insurance per the ACA's "employer mandate".

Providing employee benefits can get expensive fast, but you can only do what you can afford to do. The goal is to remain competitive in the marketplace, not to become a total outlier. And remember, cost-sharing with employees is normal these days and employees expect to pay a portion of insurance costs.

In addition, there are plenty of low cost (and even no cost) benefit options at your disposal to help sweeten the deal. But where to start? Here is a list of typical benefits packages offered by American businesses.

This one is a no-brainer. Applicants view medical coverage as one of the most important factors in an employee benefits package and as a result, the majority of employers offer it. According to the Bureau of Labor Statistics (BLS), 70 percent of civilian companies (and 67 percent of private firms) offered medical insurance to employees in March of 2016 in their company benefits packages.

The Pros and Cons of High Deductible Health Plans (HDHPs) 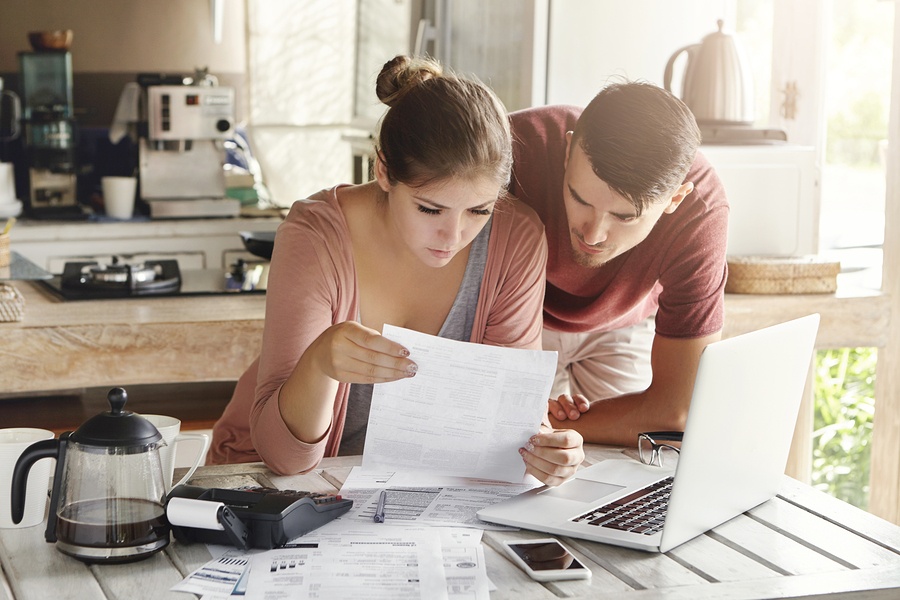 The healthcare landscape looks quite different than it did 20 years ago. In the 1990’s, getting decent health insurance through your employer wasn’t unheard of — it was assumed. But back then, healthcare wasn’t nearly as expensive; rates have increased every year for nearly two decades and it’s unlikely they’ll reverse course anytime soon.

Because HDHPs don’t seem to be going away anytime soon, it’s important that all business owners and employees familiarize themselves with how these plans function.

Healthcare costs began to increase noticeably (and more consistently) around the year 2000. In 2009, the Kaiser Family Foundation reported a 131 percent increase in family premiums (105 percent for individuals) over the previous decade. Since then, premiums have continued along the same path. Between 2009 and 2013, family and individual premiums each increased about 78 percent — with no realistic end in sight.

In the early 2000’s, as health insurance prices increased, businesses providing healthcare for employees began looking for ways to save money. At that point, high deductible health plans were few and far between, but some companies picked them up, believing that it was their best option.

There’s no doubt that the healthcare industry has shifted dramatically since the early 2000’s. Anyone dealing with health insurance has noticed the difference, from HR Directors to CFOs to employees and individuals shopping in both the group and individual markets. Perhaps the most apparent and imposing trend we’re seeing is the increase in overall cost, which has caused everyone to search for more economical solutions.

For qualified large employers, an increasingly common solution is to offer consumer driven health plans (CDHPs), which are better known as high deductible health plans (HDHPs). HDHPs are sometimes called “catastrophic-only” and, as the name would indicate, they always come with higher deductibles. In turn, these plans typically come with lower premiums, which saves the employer (and in some cases, the employee) money. With HDHPs, the employer may even be able to take on a larger portion of the premium due to lower costs overall.

In addition to lower premiums, many HDHPs are eligible for health savings accounts (HSAs), allowing both employer and employee to contribute tax-free funds to a real savings account. These funds can be used to pay eligible medical, dental, and vision expenses, but unlike flexible spending accounts (FSAs), there is no “use it or lose it” clause. The funds stay in the account until they are used — even if decades pass. In fact, unspent funds can eventually be converted into retirement accounts with unique tax-saving advantages.

At first glance, it might seem as though these two ideas are a bit contradictory. High deductible health plans are still chosen by employers, so what makes them “consumer driven” health plans? 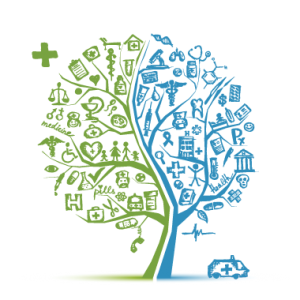 The culmination of tax season reminds employees and employers of every political stripe just how much in profits and wages are sent along to Uncle Sam long before they have a chance to reach anyone's checking accounts or business coffers.

With that in mind, as well as the competitive labor market, employers and employees alike are keen to negotiate competitive benefits packages that can act to offset lower salaries with tax-exempt perks.

Nearly every business has explored or offers some form of Health Savings Account (HSA) or Flexible Savings Account (FSA) to its employees if possible, but those are just the tip of the iceberg when it comes to the possibilities for tax-exempt compensation. Here are five other great tax-exempt employee benefits that any business can use to attract and retain top job candidates while saving money for both parties. 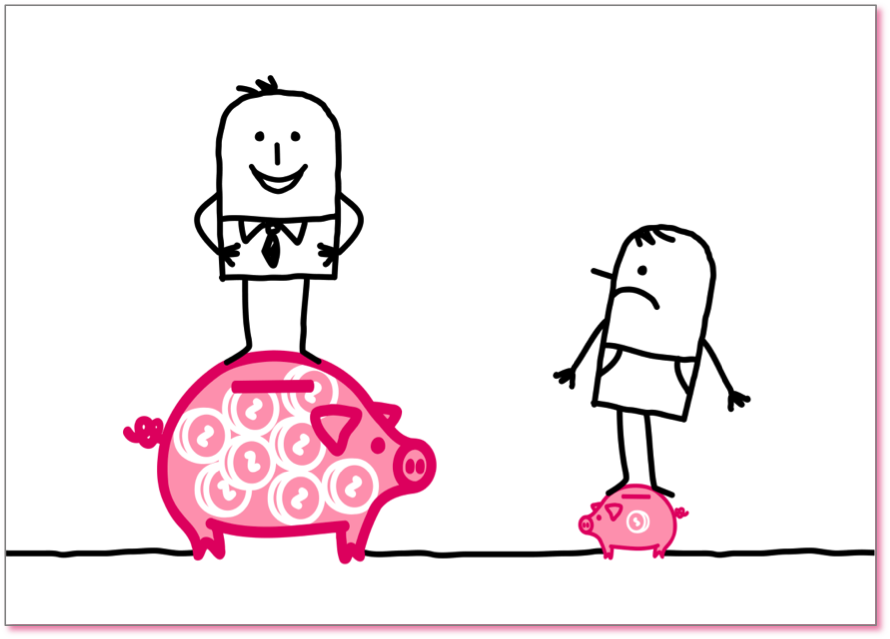 Despite healthcare reform, which naturally led most reasonable people to believe that runaway healthcare costs were finally going to be tamped down, the cost of obtaining health insurance is still very much on the rise. In fact, from 2006 to 2015, the average out-of-pocket costs per worker rose almost 230 percent, according to a recent Kaiser Family Foundation report.

No matter if someone is acquiring coverage on a state or federal exchange, or if they are obtaining coverage through an employer-sponsored plan, most everyone is feeling the pain.

In the case of workers who are covered by an employer-sponsored health plan, increases are likely coming on two fronts; higher premiums and higher deductibles.

While health plan premiums paid by employers are rising this year at lower rates than in year’s past, they are still outpacing inflation. No longer able to absorb these constant increases all alone, these growing expenditures are almost always now shared between employer and employee.